The Republican state lawmaker had served as a representative in the Iowa House since 2013. 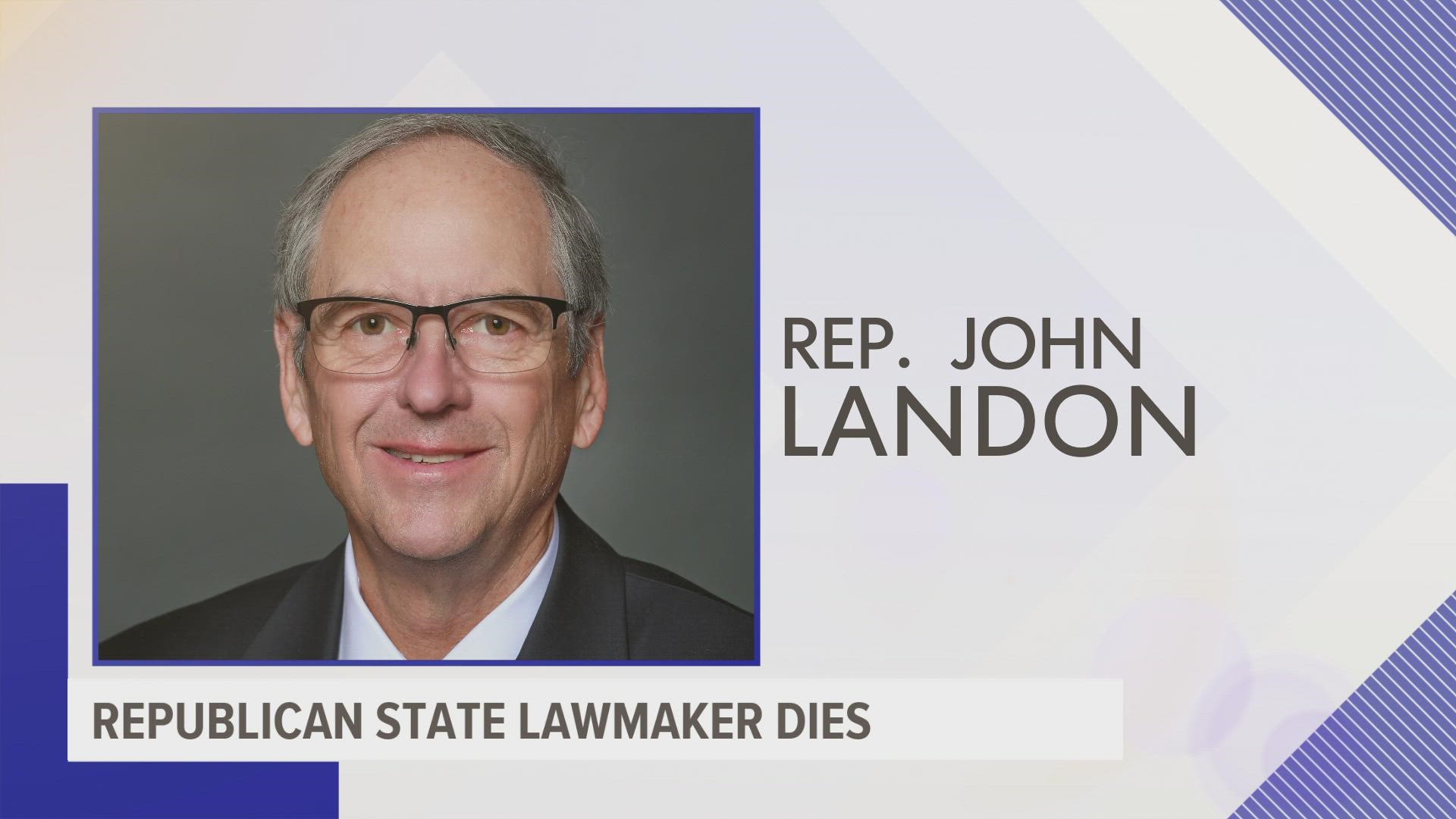 ANKENY, Iowa — Members of both Republican and Democratic parties are mourning the loss of one of Iowa's state representatives Thursday night.

The conservative lawmaker prided himself on being a lifelong Iowan. He was serving his third term as a representative. He retired from a nearly 40-year career in agricultural business before being elected, according to his biography on the Iowa House Republicans' website.

A statement from Speaker Grassley reads in part:

"As far as public servants go, John was the very best of us.  John was everything Iowa needs in its representatives: a strong leader, a hard worker, a great mind, and a humble servant. He will be sorely missed by all of us, but he is in a better place. Please join me and Iowa House Republicans in sending prayers to his wife Marvis and the rest of his family."

"When John spoke, people listened. He was known as a trusted, genuine, caring person always willing to put others before himself," Reynolds said in a statement. "During his time in the Iowa Legislature, he brought his strong convictions and work ethic to the job every single day. I have always admired John as someone who will put in the work to get the job done."

Republican Party of Iowa Chairman Jeff Kaufmann also released a statement Thursday evening saying he was "heartbroken" over the passing of his friend.

“He treated every person he met with respect and kindness, compassion and a friendly smile. Despite battling a debilitating sickness this past session, he fought with grace, humility and political courage," Kaufmann said.

Ankeny Democrats posted their condolences to the Landon family on Facebook, also calling the lawmaker a "dedicated public servant and a respected Ankeny champion."

It is with great sadness that we learn John Landon has passed away today. We send our condolences and all of our love to...

Visitation and funeral details have yet to be announced.