The tornado had estimated peak winds of 95 mph. 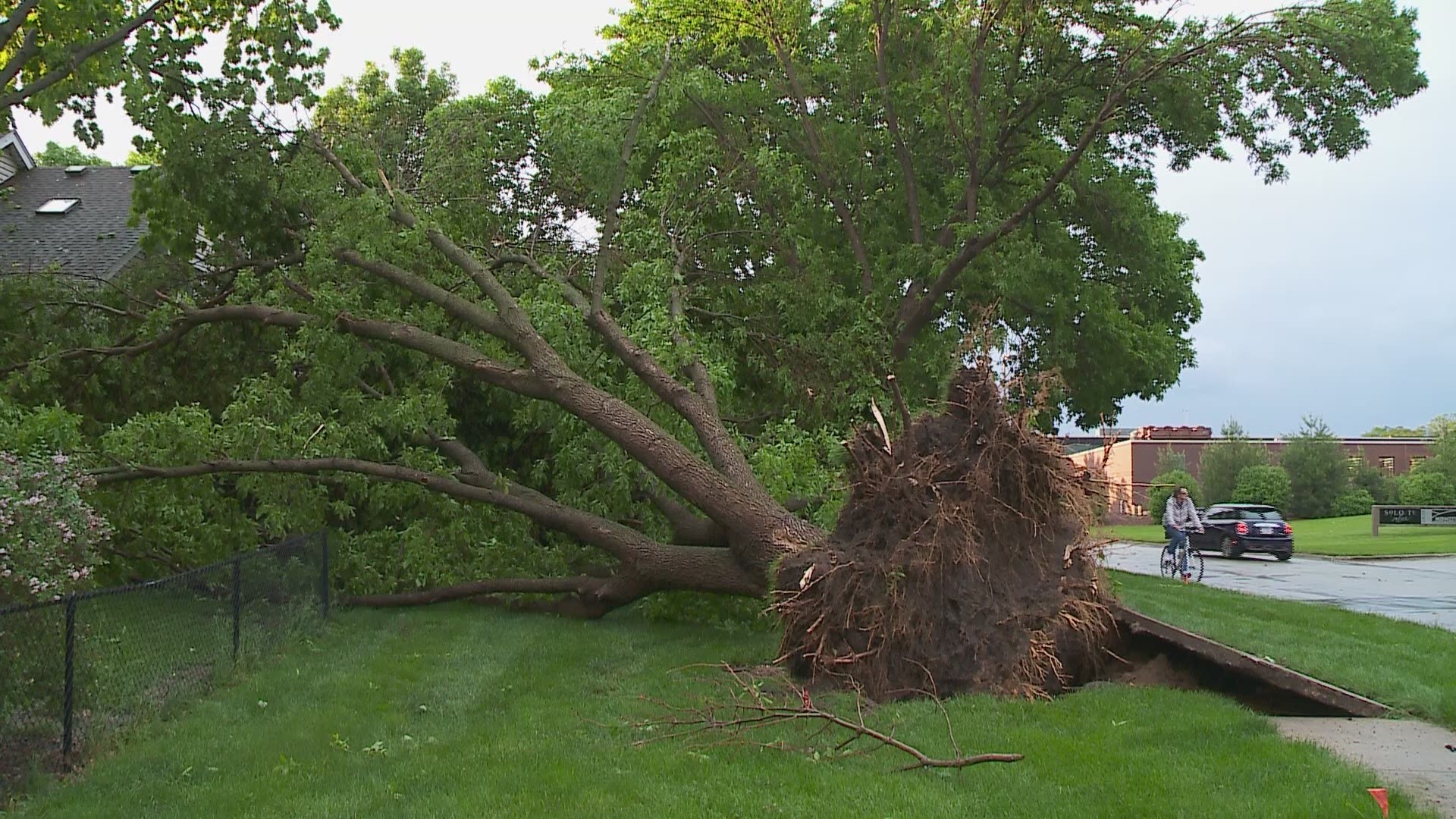 JOHNSTON, Iowa — It was a scary evening for some Polk County residents as a tornado touched down in Johnston Monday evening, right along Merle Hay Road.

According to a storm survey from the National Weather Service, a tornado touched down around 6:26 p.m. near Terra Park in Johnston. The twister then traveled approximately 1.6 miles before lifting near Dewey Park in Johnston around 6:29 p.m.

No injuries were reported with the storm, and most of the damage was in the form of uprooted trees and downed power lines.

The National Weather Service says this is a preliminary storm survey and expects to release more information on Tuesday.

Several other storms were reported on Monday, including in Jasper County. The National Weather Service says a 67 mph wind gust was recorded at the airport in Newton. Strong winds led to severe thunderstorm warnings for many areas east of I-35.

RELATED: Stormy weather continues for the next few days

The above photo was snapped around 6 p.m. from West Des Moines, looking north towards the area.

This image from Karissa Hackert on Twitter was taken near Polk City at 6:39 PM Monday, also looking north.

RELATED: Tornadoes in Iowa: Debunking the myths behind twisters