After losing everything in the derecho, Alexius Miner-Hughes thought help was on the way. But just as soon as it came, helping hands left, and she had to pivot.

CEDAR RAPIDS, Iowa — The day is Aug. 22, 2020, two Saturdays after a derecho swept through the state.

12 days had passed, but the people of Cedar Rapids were still feeling the storm's impact.

On this particular night, Alexius "Lexi" Miner-Hughes and her neighbors at the Shamrock Apartments were sitting on coolers on the patio, munching on some pizza and talking about the challenges of the day.

There was one consistent challenge they all shared: the derecho had made their apartment community almost entirely uninhabitable.

"We don't know what's next," Lexi said.  "It's just unpredictable right now.  We just... really just have to take it day by day."

They don't have much in the way of money, but together, they're scraping by.

Lexi has always had a knack for keeping her spirits up.  But to lose everything you've worked so hard for in the blink of an eye can start to break even the strongest of spirits.

"I worked so hard for everything," Lexi said.  "My furniture and clothes smelled like mold, furniture got water damage, and food. Lots and lots of food."

After their units became uninhabitable, Lexi said her landlord gave some tenants keys to different units, but those were also unlivable; adding insult to injury.

The lights didn't turn on, there was no door, the smoke detectors didn't work; with no light, privacy or safety, Lexi was left with no home, and no choices for what to do next.

For 10 days, Lexi slept in her car, with the blown-out tires giving her nowhere to go.

Just then, a brief sigh of relief: The Catherine McAuley Center, an agency that serves refugees, came on the scene to pack up her items and take her to their shelter.

But as quickly as they were lifted, her hopes were thrown back down to the ground.

The Catherine McAuley Center had thought Lexi was a refugee.  When they found out she wasn't, it was determined that their resources weren't the right fit.

"All of a sudden they can't take us to a hotel, cause there's people worse off than us," Lexi said.

CMC's Executive Director, Paula Land, said they stayed behind with Lexi for an hour and a half to try and match her with other options, but at that point Lexi was distraught and sought help elsewhere.

Just like that, her things were all unpacked again, and she was back to square one; demoralized.

Thankfully, that didn't last too long.

Enter Rama Muzo, president and CEO of the Intercultural Center of Iowa.  He met Lexi the same day he decided to help Lukeba Mbemba, and put her up in a hotel, paid for by the Department of Human Services.

RELATED: The Disaster Divide, Part II: Only One Hour

RELATED: The Disaster Divide, Part I: A Call of Desperation

It's a temporary fix.  But even after all the hardships she had to endure, Lexi came out on the other side even more selfless than before, with a fire underneath her as well.

"One thing about me in life: I've always kept a positive attitude no matter what I've been through.  And it's gotten me very far," Lexi said.  "I shed a lot of tears, but I get up. I still get up every day and extend a hand."

"Tonight, she's dreaming of helping others whose spirits may be broken," Muzo said.  "Growing her community to serve others." 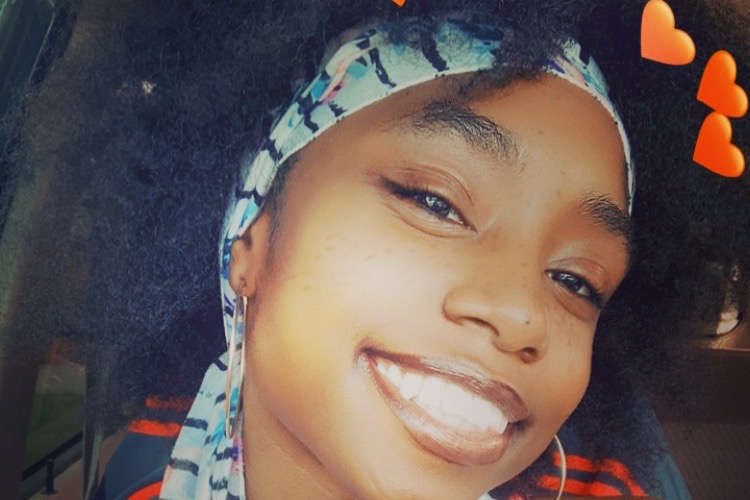 I Am one of many who lost A lot after derecho, organized by Alexius TheGoddess
Hey Loves it's Alexius! Some may know me some may not but that's okay we're all still one! Some people have been seeing my post, my pictures and links I've posted and some may not, I say that to say this I have been a victim of the derecho storm down in Iowa and I'm just one of many!