The Cyclones are out to a 9-1 start to the year with key wins over Ole Miss and Mizzou. They're chasing down more than that in 2021. 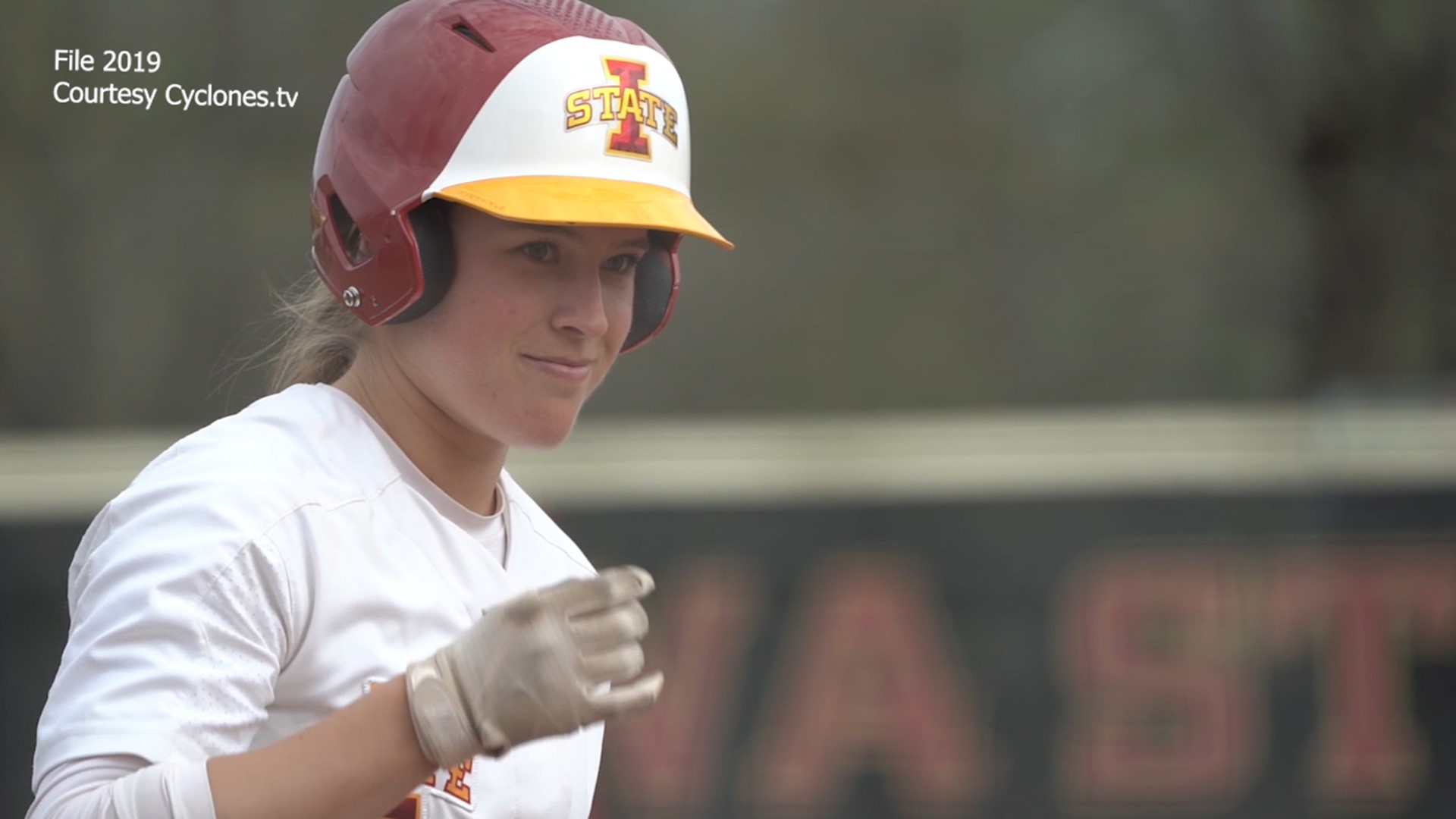 AMES, Iowa — Iowa State softball has already made school history just 10 games into their season. This week, they were named an NFCA Top 25 team for the first time.

Ranked No. 25, the cyclones are just getting started.

“It’s pretty cool. I definitely think from where we started my freshman year the team and this program has shown so much growth and like that comes from years past,” senior Sami Williams said.

But ISU will not be content with one ranking.

The Cyclones are coming off two wins over SEC perennial power Ole Miss and another over Top 25 team in Mizzou.

Those wins sent a warning to the rest of the Big 12: the Cyclones are a threat.

“I was hoping to fly kind of under the radar but that went out the window this week,” Pinkerton said.

Iowa State is still about a month out from getting to Big 12 play. That’s where Pinkerton will look to his leaders the most.

“I think it’s going to be key for Sami and Logan and some of the ones that have been through the Big 12 battles and facing the Oklahoma, Texas and Baylor of the world," he said.

"I mean right now six of the seven teams are in the Top 25 or receiving votes.”

Sami Williams in particular has been stellar to start the season, just named Big 12 Player of the Week, recognition that caught her off guard.

“It felt more of a team performance than like me personally," Williams said. "So that did come as a little bit of a surprise especially with all of the rankings coming out at the same time it was a fun day on social media."

Keep in mind, Williams chose to come back for a fifth season after her true-senior year was cut short by COVID.

“I definitely wasn’t ready to hang up my cleats and call it.”

I also chatted with @sami_williams25! I had to ask her if it ever gets old hitting home runs (yes, there's an obvious answer to that). We also talked about NCAA tournament aspirations! More tonight. pic.twitter.com/NCD7k7mrZk

This will give her an opportunity to add to a record-filled career, but Williams wants something even bigger for her program: an NCAA Tournament appearance.

“I mean obviously that’s been a goal of all of course, but I think it would just be a really great way to cap off a really unexpected senior season."

Williams holds numerous records including hits in a season, doubles in a season and home runs. She hit 17 in 2019.

Iowa State’s first home game this season is set for March 26 against Oklahoma, 678 days from the last time they played in Ames. The last home game was in May 2019.