Cyclone fall sports: No tailgating at football games, other sports may compete without a postseason

The NCAA canceled all fall, D-1 championships. Football is still on the table, but what it will look like remains to be seen. 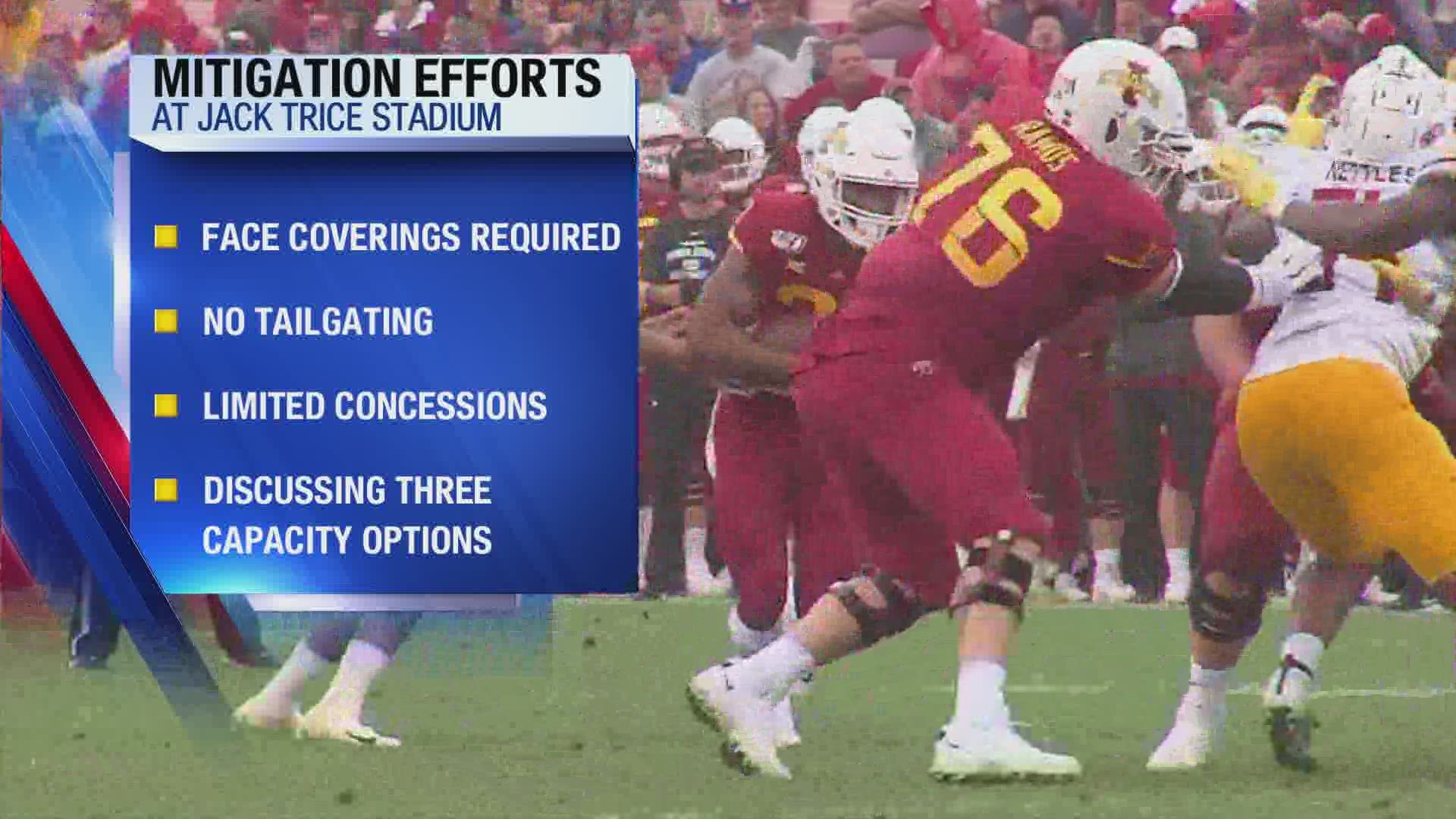 Iowa State University Director of Athletics Jamie Pollard released a letter to fans Friday, outlining the latest on what Cyclone fans can expect with fall sports.

The letter notes that while the NCAA hasn't made a final decision on winter sports, Pollard expects those seasons wouldn't start until Jan 2021.

On Thursday, the NCAA canceled all Division 1 championships for volleyball, cross country and soccer. While championships have been canceled, there's still hope that those athletes may still get to play despite the lack of a postseason.

Pollard says Iowa State is working closely with the Big 12 Conference to determine whether or not those sports will compete in the fall.

The NCAA decision to cancel the championships in those sports was made based on NCAA legislation that doesn't allow for championships to be held in sports that less than 50% of the institutions who sponsor the sport are competing, according to Pollard.

As of now, the Big 12 has not announced any sort of cancellation of the football season.

That means Cyclone football is currently preparing to return to the field.

As of now, Iowa State doesn't have a decision made on whether or not fans will even be allowed at games, but here's what you need to know if you can get to Jack Trice this season:

Cyclone fans - we will have an update on our ticketing plans for Jack Trice Stadium later this morning. Thank you for your continued support and understanding as we work our way through the many challenges we are facing. We are in this together! Go Cyclones!

Season tickets have already been sold as if the season will go on with the stadium at half capacity. Pollard says ISU is still mulling over what to do about fans, boiling it down to three options:

Any season ticket-holder wishing to opt out of the 2020 season has a few options as to how to go about that.

Pollard asks anyone wishing to opt out of the season to please send an email to either the Cyclone Club (cyclub@iastate.edu) or the Athletics Ticket Office (tickets@iastate.edu) by Aug. 28 to help them with planning.