Iowa had 73.5 points entering the semifinals, with defending champion Penn State at 57.5 points and Oklahoma State at 52. 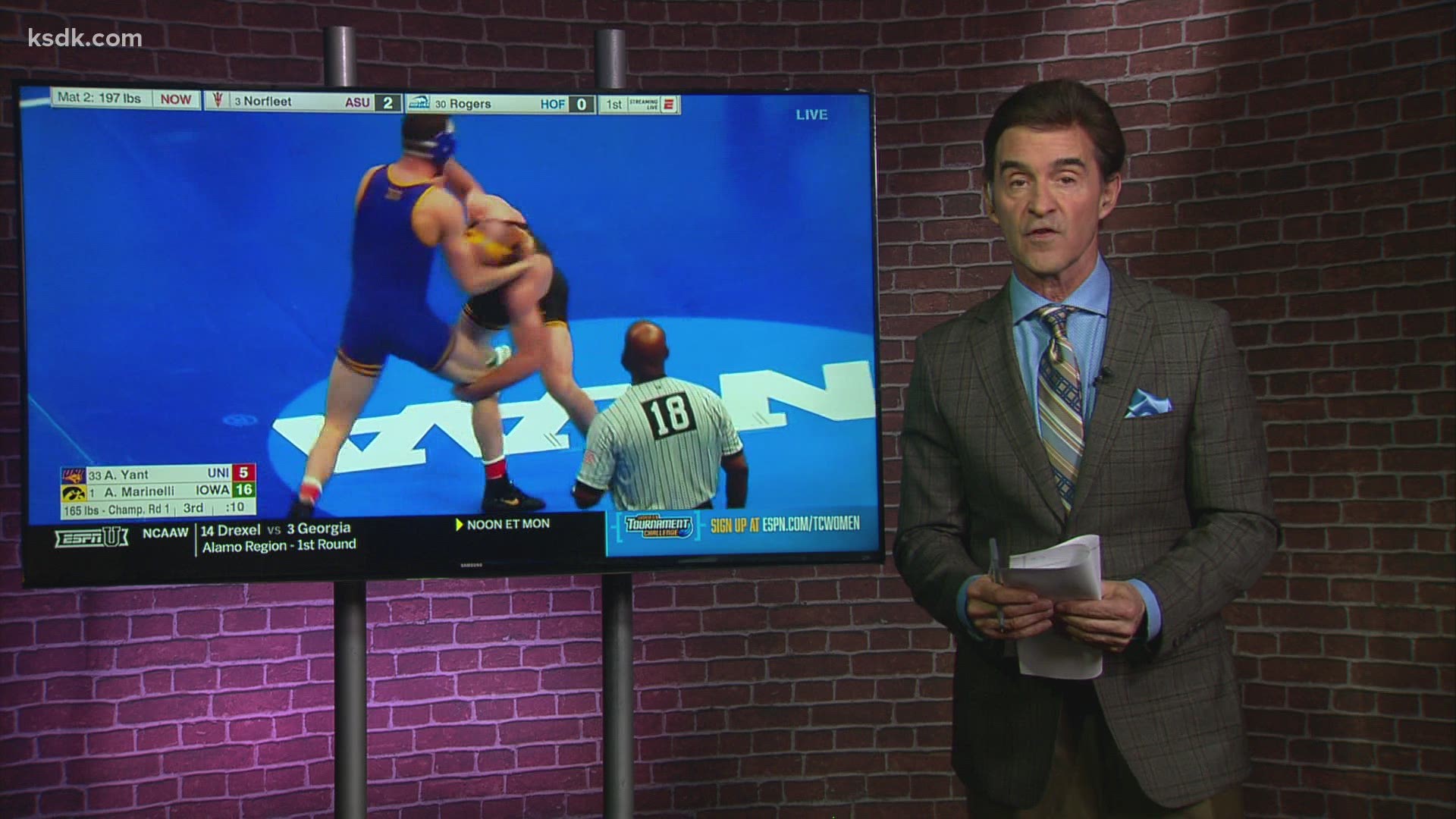 ST. LOUIS — Spencer Lee and four of his Iowa teammates reached the semifinals of the NCAA wrestling championships and the Hawkeyes continued their push to win their first team title since 2010.

Lee is going for a third straight NCAA title.

He faced his toughest test of the season in the quarterfinals. He led ninth-seeded Devin Schroder of Purdue 3-2 after the second period before scoring seven points in the third to post a 10-2 major decision for his 33rd straight win.

Iowa had 73.5 points entering the semifinals.

Defending champion Penn State had 57.5 points and Oklahoma State had 52.

RELATED: Nearly $300 million bet on sports so far in Iowa this year, and March could be biggest month yet