While winter can lead to potholes, summer heat can lead to sudden "blow-ups" along the highway. 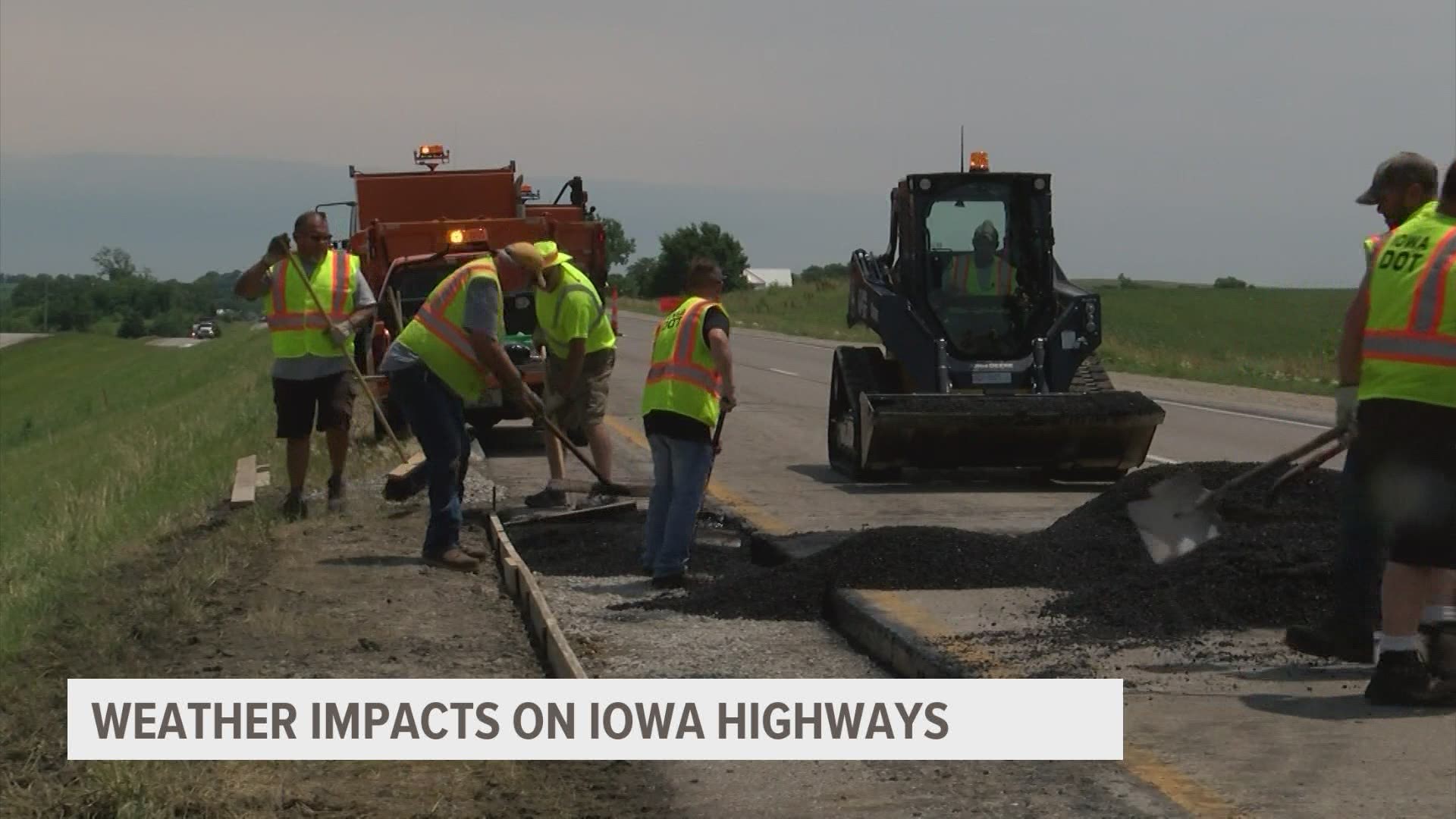 ALTOONA, Iowa — Trevor Kent is a eight-year veteran of the Iowa Department of Transportation and one many people at the DOT paving the way for drivers--literally.

"Every time we do a job, we take pride in what we do," said Kent as he worked to repair a part of a Highway 163.

Kent's job on Thursday was aimed at preventing a problem that tends to pop up during the summer months. According the highway maintenance supervisor Moe Mohamed, roads can reach a breaking point in the heat.

"Once it expands, it can only expand so much," Mohamed said. So it comes up to this joint, and that's where a blow-up would happen would be, right at a joint."

A blow-up creates what looks like a large, jagged speed bump in the middle of the highway.

"When they happen, there's no warning signs of it actually happening. It happens within seconds. It just basically, you look at the pavement, and next thing you see it. Boom!" he described.

Mohamed told Local 5 the first blow-up he fixed this year came earlier than expected because of June's hot weather. Moisture making its way under the surface is part of the problem as well.

Sometimes the damage isn't as severe as blow-up. Mohamed says the DOT also tries to spot heaves, or portions of road that are only slightly raised.

Preventing and fixing blow-ups are a top priority for the DOT.

"Just watching the cars go over it without notice was very, very eerie," Mohamed said. "Watching cars launch off on the interstate is not something you're normally used to seeing."

So, what should you do if you see one?

First, try to go around it if you can safely do so. Then, call first-responders so folks like Kent can be deployed.

"We want to get it done as fast as possible. That way we can get the traffic moving," he said.