Fighters will enter the ring at Wells Fargo Arena Friday night for the Xtreme Fighting Championships 44. 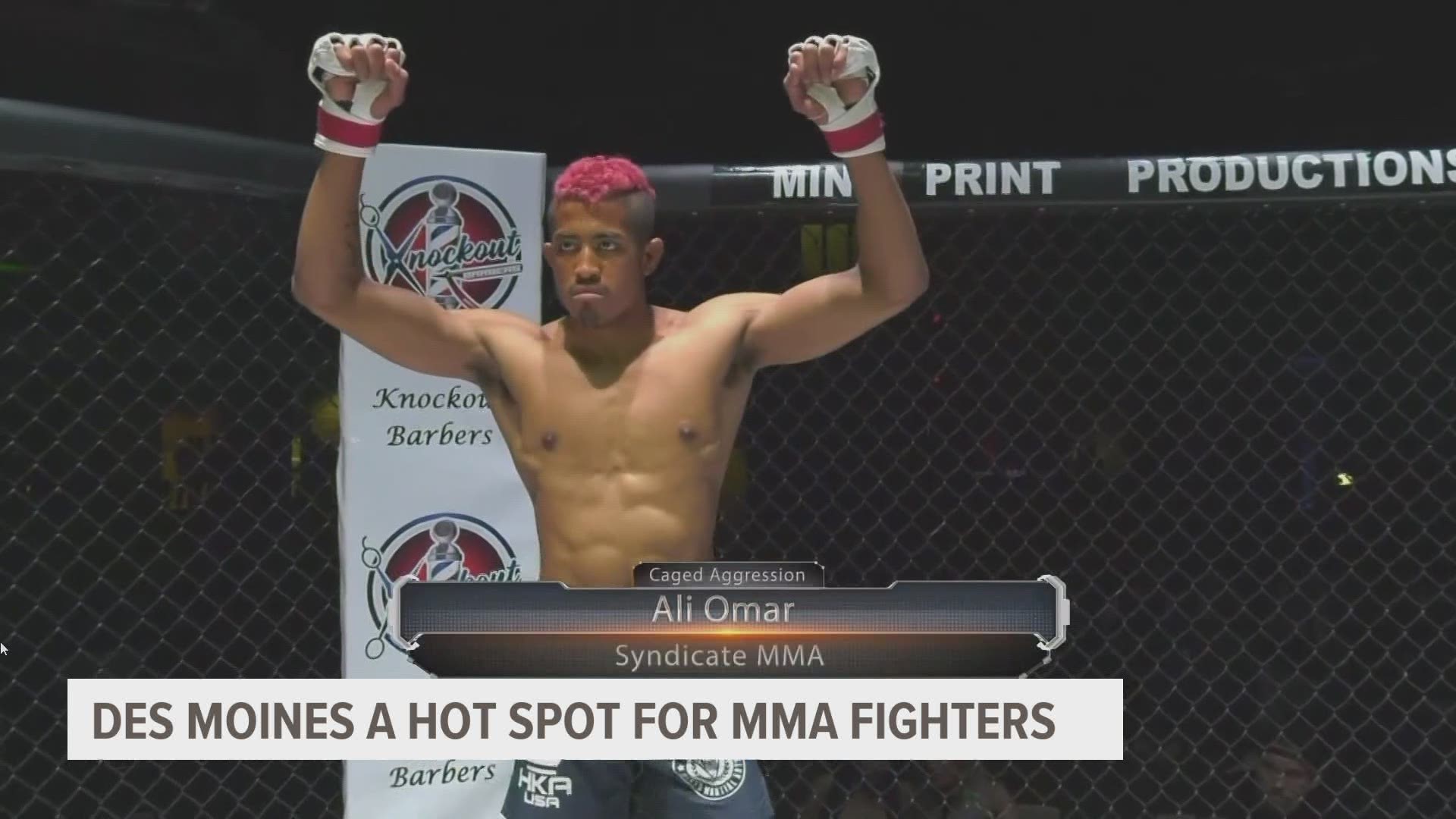 DES MOINES, Iowa — Des Moines is making way for more and more events as COVID restrictions finally ease up across the country.

Iowa City-native Ali Omar is one of the fighters and told Local 5's Lakyn McGee that MMA is starting to gain a lot of traction in the state.

“We’re starting to see more and more athletes from Iowa show up in the MMA scene," said Molotky. "And they’ve had some great ones in the past. Jeremy Stephens, Iowa. Josh Neer, Iowa. And, of course, the great Pat Miletich, Iowa.”

"Iowa is a big state for wrestling. I already know Iowa will produce a lot of MMA fighters if those wrestlers decide to transition to MMA," said Soukhmathath.

All VIP tickets are sold out, but there are general admission tickets available here. The full schedule of fights can be viewed here.