Iowa City Mayor Bruce Teague on Tuesday rejected claims from the state that local municipalities do not have the authority to enforce face mask mandates. 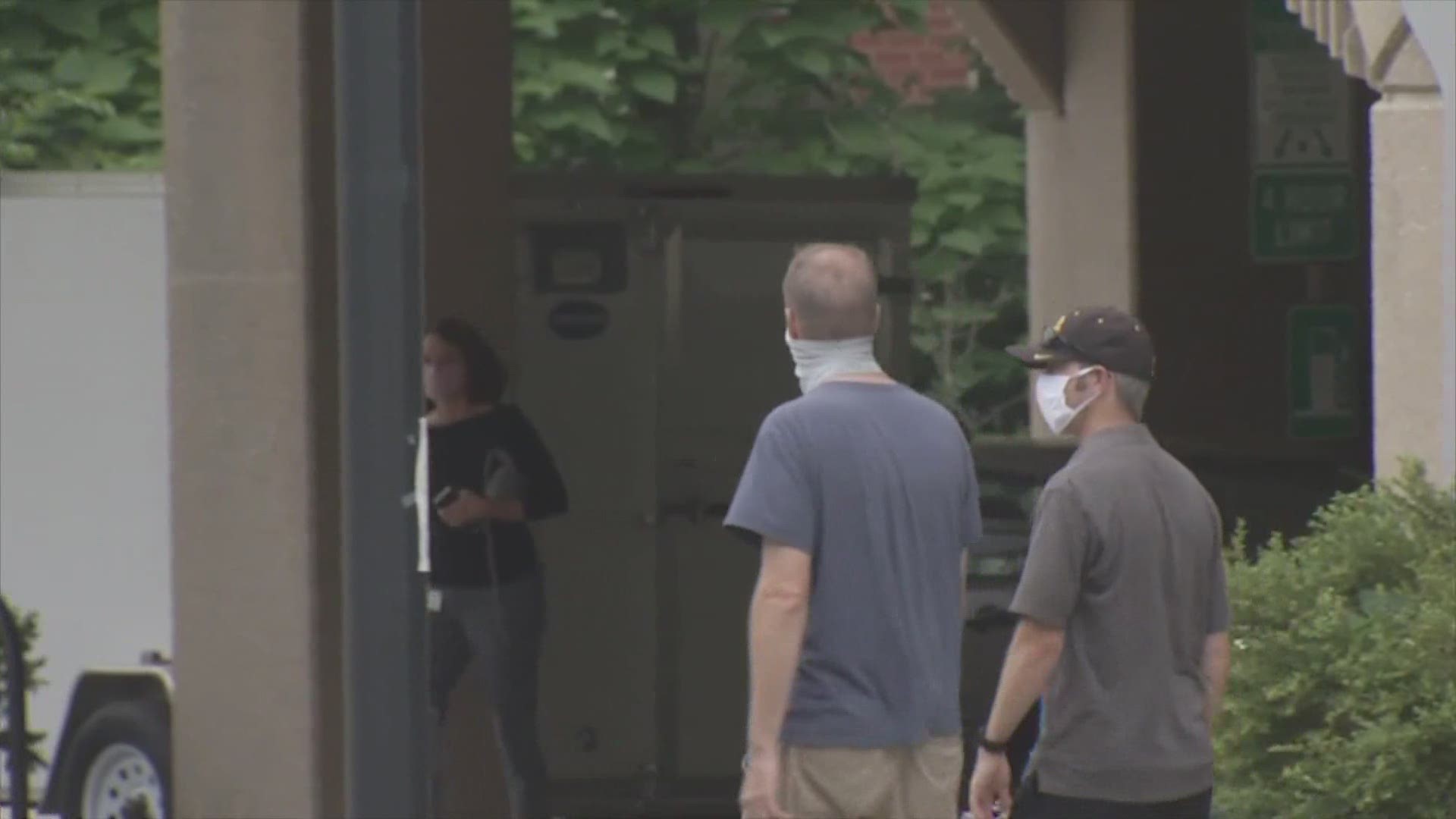 Iowa has been one of the only states that does not have any enforceable local or state mask mandates. The Republican governor has said that she believes residents will wear them on their own and that municipalities can require them only if she grants that authority, which she's refused to do.

But Iowa City Mayor Bruce Teague on Tuesday rejected that claim as he announced an order mandating masks in public in the city of roughly 75,000 people. He cited the home-rule authority granted to cities in the state constitution and a law that gives mayors the power to govern by proclamation when an "emergency or public danger exists."

Teague's order requires people to wear face coverings in public places, including in stores and many other settings outside the home. People who are eating and drinking in restaurants and bars, jogging, biking or driving in personal vehicles are exempt, as are children under age 2 and public safety officials.

Businesses must post signs telling customers of their legal obligations to wear face coverings and cannot serve those without one. Teague said violations could be punished through simple misdemeanor citations, which will be issued only as a last resort.

In a speech on Facebook Live, Teague called wearing a mask or face shield a "simple act" that will help save lives as the virus is spreading at an alarming rate. He said the health risks will only get more serious next month, when University of Iowa students return to campus in Iowa City.

Mayor Bruce Teague will address a new order in response to the COVID-19 pandemic. The announcement will begin at approximately 12:30 p.m. on Tuesday, July 21, 2020.

Posted by The City of Iowa City Government on Tuesday, July 21, 2020

"Simply put, by wearing a face mask you are showing your fellow residents that you care about them," he said. "And when we comply with this order, Iowa City will see a difference. We are all in this together."

Spokesmen for Reynolds and Democratic Attorney General Tom Miller said that their bosses believe Teague exceeded his authority, but did not indicate whether the state would try to block his order.

The governor encourages people to wear masks when social distancing isn't possible but "does not believe a governmental mask mandate is appropriate," said spokesman Pat Garrett.

The coronavirus that causes COVID-19 has continued to spread across Iowa in recent weeks, after the governor lifted public health restrictions and reopened the economy.

State health officials reported more than 500 new confirmed cases in the last 24 hours. Deaths on Tuesday surpassed 800 since the beginning of the pandemic in March. Hospitalizations have steadily risen for 3 ½ weeks, up to 223 as of Monday night.

The number of infections is thought to be far higher because many people have not been tested, and studies suggest people can be infected with the virus without feeling sick.

In addition to refusing to follow most states that now have mask mandates, Reynolds has declined to order the temporary closure of bars in some hot spots. Health officials say the virus is spreading among younger adults in those establishments.

Last week, the governor also said she would order public school educators and students to return to classrooms for the majority of their instruction this fall. That directive set up a potential clash with local districts such as Iowa City, where the school board had voted days earlier to start the fall semester with online-only learning.

An earlier attempt by an Iowa municipality to mandate masks didn't go well. Muscatine Mayor Diana Broderson signed a similar order July 5, but the county attorney and the City Council quickly declared the order would not be enforced.

Unlike Muscatine, Teague's mandate appears to enjoy wide support from other local officials and can be enforced by the city's police officers. The University of Iowa also has said that it will require students and employees to wear face coverings when the fall semester begins.

RELATED: 'Anybody can show up': Food truck helping to curb food insecurity during pandemic