In a time when many people are wary of law enforcement, ISU police officers hope to be the model to building stronger relationships. 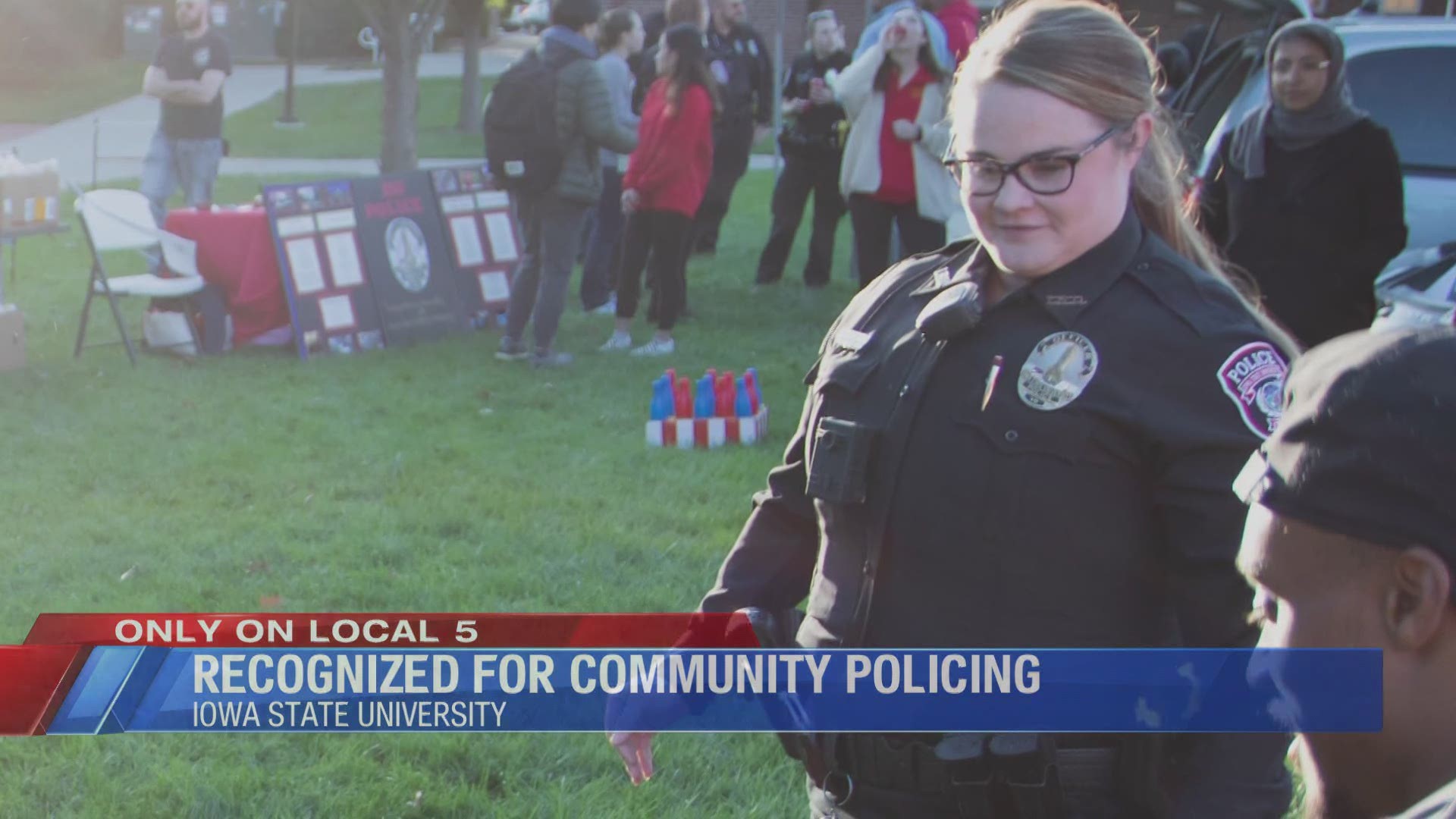 AMES, Iowa — Police Chief Michael Newton of the Iowa State University Police Department knows that police don't have the best reputation with marginalized communities right now. He wants to be part of the change.

"I think the first thing that law enforcement has to do, is acknowledge the past," said Chief Newton. "Some of the current history isn’t great. If we are going to change the culture of policing, it’s going to take all of us."

The Association recognized Iowa State University Police with the "Innovation in Community Oriented Policing" award for their engagement and inclusion officer team.

Over the past three years, the ISU police department has built a team of 13 officers dedicated to building relationships with people of color and people from the LGBTQ community.

Detective Natasha Greene is a full-time officer on the team.

"I essentially have my dream job," said Greene.

Greene, who initially joined the force to serve survivors of sexual assault, now makes it her mission to rebuild trust with police.

"I honestly, truly can't count the number of people I've met with who are meeting with me because they hate cops, or they've had a really negative experience with cops" Greene said.

She says that by being open-minded, she hopes to restore the relationships, admitting that it starts with acknowledging the privilege of being in law enforcement.

"We have so many privileges. Even those of us with marginalized identities, because we are officers, hold so much power and privilege," Greene said.

The University's Vice President for Diversity and Inclusion, Reg Chhen Stewart, says the award is a "byproduct of dedicated and focused efforts towards change."

Chhen Stewart said the 3-year project to overhaul policing to be more community-driven has put Ames in the spotlight.

"When my hometown University of California Berkley police department comes to talk to us about engagement and inclusion, that's pretty significant," he said.

Initiatives include educating student immigrants on their rights, one on one conversations with students from diverse racial and sexual identities, and just hanging out with them in casual settings which sometimes means taking off the badge.

"If you invite us [to a student event], we'll be there. And we'll dress how you want us to dress,' said Newton. :If you want us to come in khakis and a polo that's how we'll come."

Greene can't wait to spend time around her students again.

While she's proud of her team's hard work, she says the credit goes to the students for inviting them in during a vulnerable part of their lives.

"It goes to the relationships that folks were willing to foster with us. It goes to the give and take of what real friendships look like," Greene said.

Newton said he hopes his department can be an example for other departments looking to serve and repair relationships with diverse communities.

RELATED: Call for tearing down statues has come to Iowa