A man was shot after a fight early Saturday morning according to Windsor Heights Police. 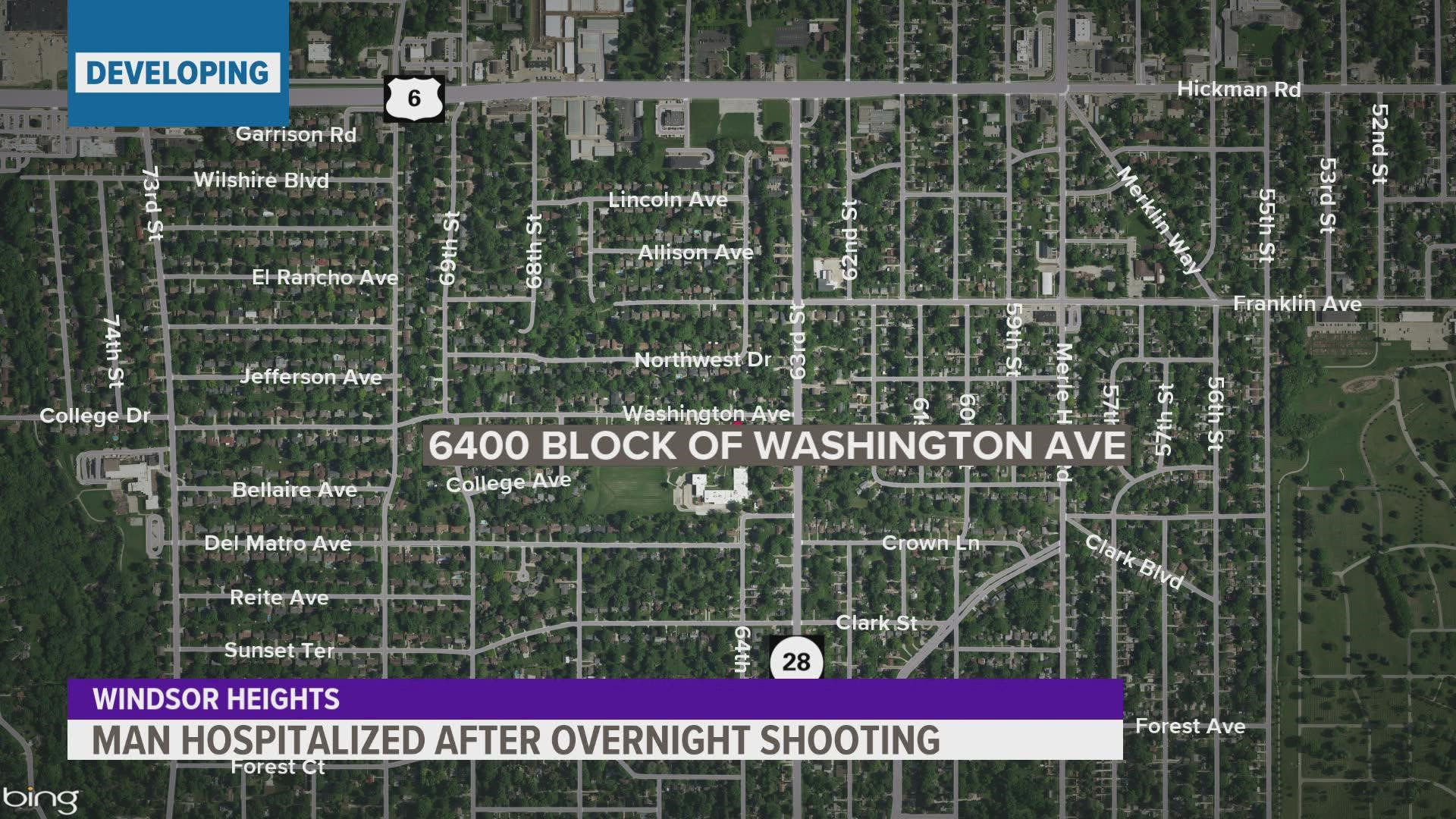 WINDSOR HEIGHTS, Iowa — A man was shot after a fight early Saturday morning according to Windsor Heights Police.

Police were called to for two men fighting in the 6400 block of Washington Avenue shortly after 1 a.m. When officers arrived, they found a 41-year-old Windsor Heights resident with a gunshot wound to the abdomen. The man was taken to the hospital for treatment, but police have not given an update on his condition.

The incident remains under investigation. Police said additional information will not be released until Monday.