Iowa State will be playing in its biggest bowl game in school history Saturday, but only friends and family will be allowed inside State Farm Stadium. 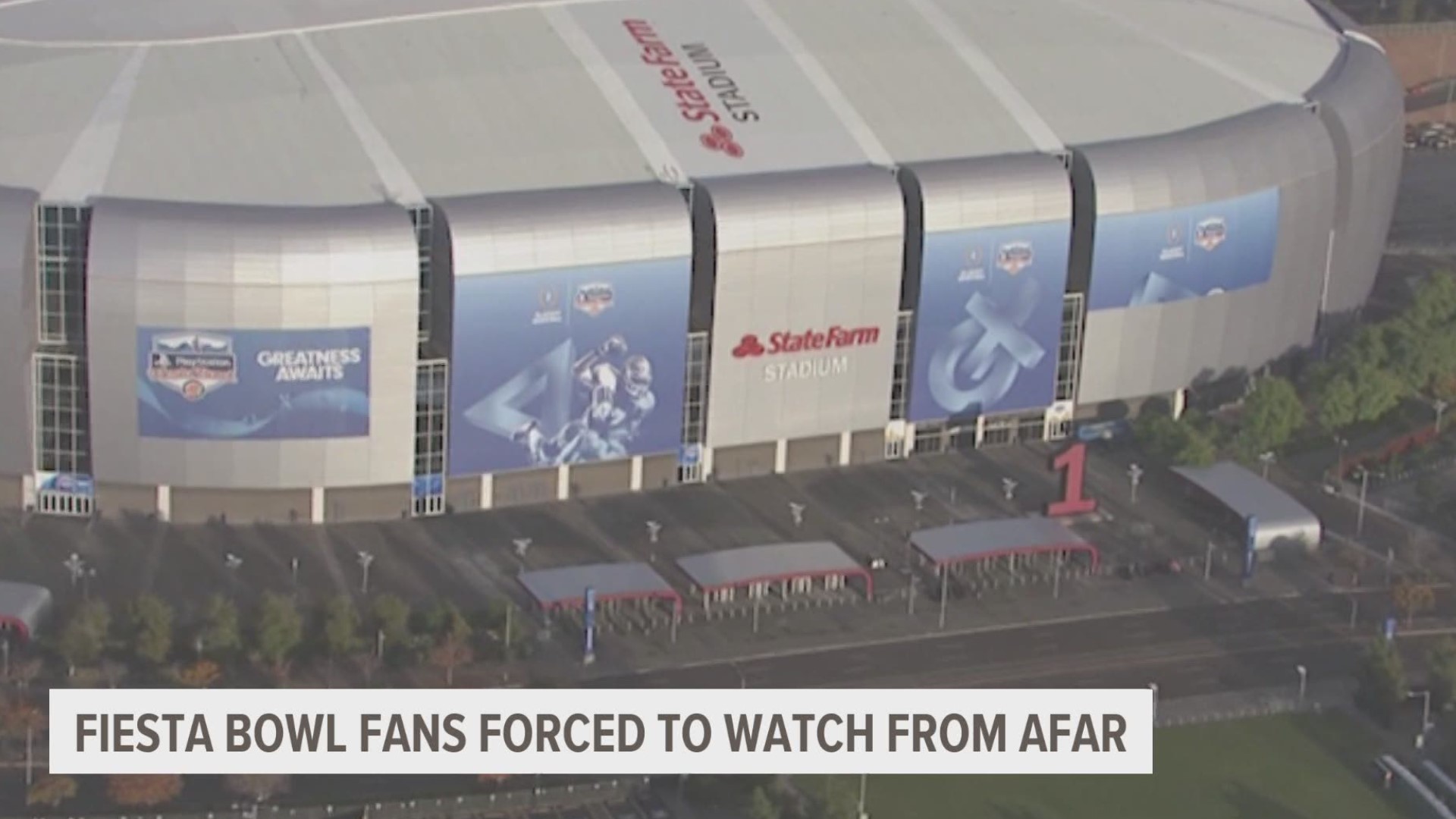 The Cyclones have come a long way.

On Saturday at 3 p.m., they'll play in the 2021 PlayStation Fiesta Bowl against Oregon as a top-10 team.

"I thought the pinch myself moment was last year when they ran on the field against Notre Dame, this is that times a hundred," Gannon said.

But aside from friends and family, State Farm Stadium in Glendale, Arizona will be empty on Saturday.

"This is what we've wanted. We've wanted the big game and we can't do anything with it now," said Timmy Marrinan, President of the Iowa State Alumni Club of Phoenix.

This is a tough reality for fans who made the trip to Dallas for the Big 12 Championship Game and were planning on traveling to Phoenix, or fans who already live in the area.

"To see it done and then to come back here and be like 'Oh we can't do it in our backyard,' ... that's rough," Marrinan said.

It is an all-too-familiar feeling for Cyclone fans.

"Being an Iowa State fan, wouldn't you know something like this would happen," 43-year season ticket holder Dennis Mikesell said.

That hasn't stopped him from trying.

He is doing everything he can to grab a ticket, no luck yet though.

"Breece Hall's mom actually, I talked to her and she said 'I'm going to look for you' but she couldn't come up with any," Mikesell said.

Either way, the show goes on.

The 50th Fiesta Bowl will be played with fans watching from afar.

"I'd rather be in the Cotton Bowl because we'd definitely be there," Gannon said. "But we'll get the girls together here and have a good time here."

So from Iowa to Phoenix, fans will make the best out of Saturday and enjoy the end of a year that has been anything but lean in the win column.

RELATED: 'This could be a Disney movie': ISU, Oregon quarterbacks looking forward to Fiesta Bowl homecoming

Watch "Cyclones Bowl Preview: Dual in the Desert" live at 10:30 a.m. Saturday via WeAreIowa.com/Watch or the YouTube stream below.