The former running back Betts played nine seasons in the NFL. Barnett had been named offensive line coach at Tulane three months ago. 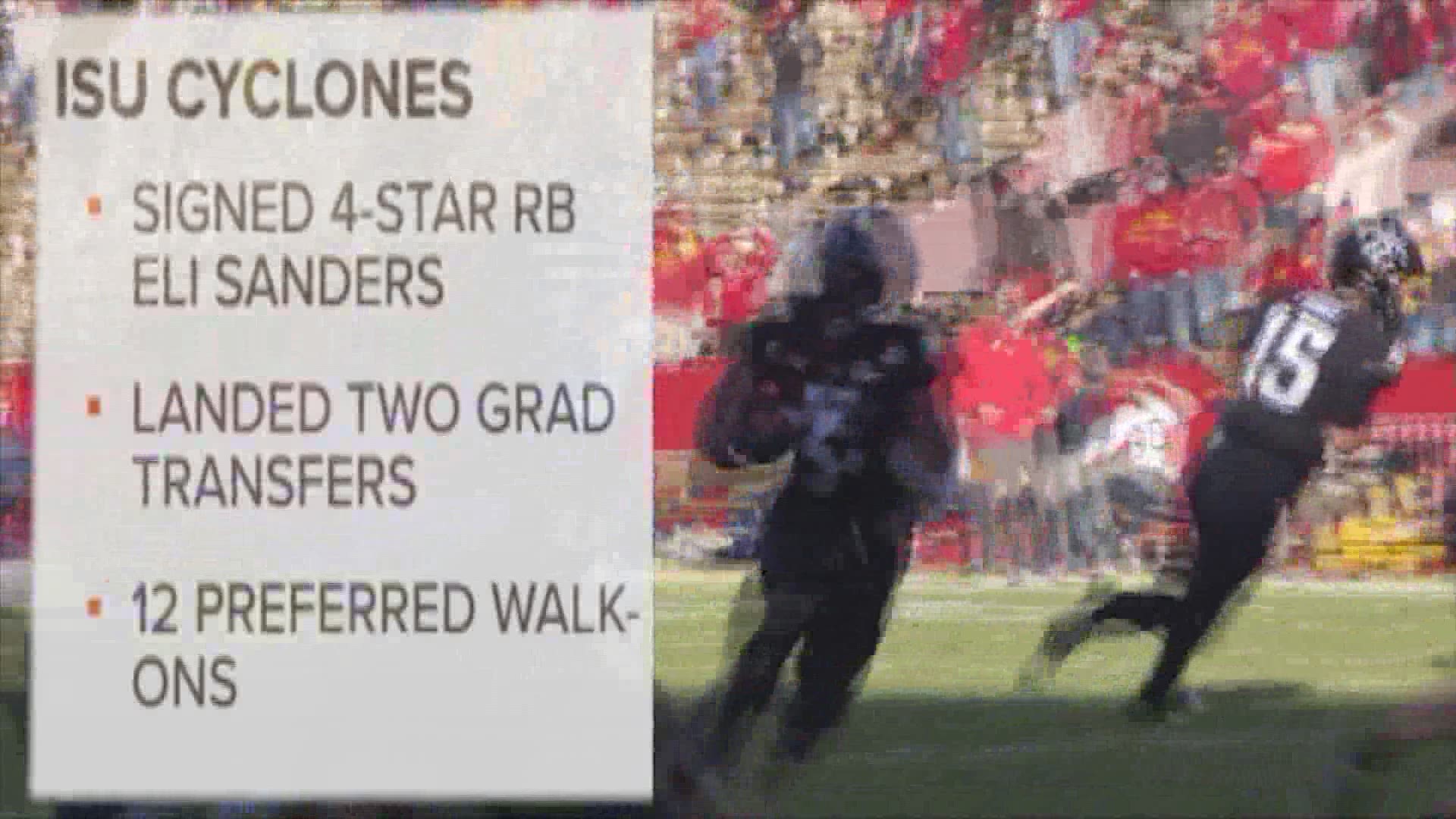 IOWA CITY, Iowa — Editor's Note: The video above is from Feb. 3.

Ladell Betts will return to Iowa to coach running backs and George Barnett has been hired as the Hawkeyes' offensive line coach.

Betts started for the Hawkeyes from 1998 to 2001 and is the only running back in program history to lead the team in rushing four straight years.

Betts went on to play nine seasons in the NFL. The 41-year-old was head coach the last two years at Pine Crest School in Fort Lauderdale, Florida.

Barnett had been named offensive line coach at Tulane three months ago. He previously was on the staff at Miami (Ohio) for seven seasons.

We’re excited to welcome back @LadellBetts46 as our running backs coach!!

We’re excited to announce @CoachBarnett_OL as our offensive line coach!!