Cyclones to take on Sooners in primetime 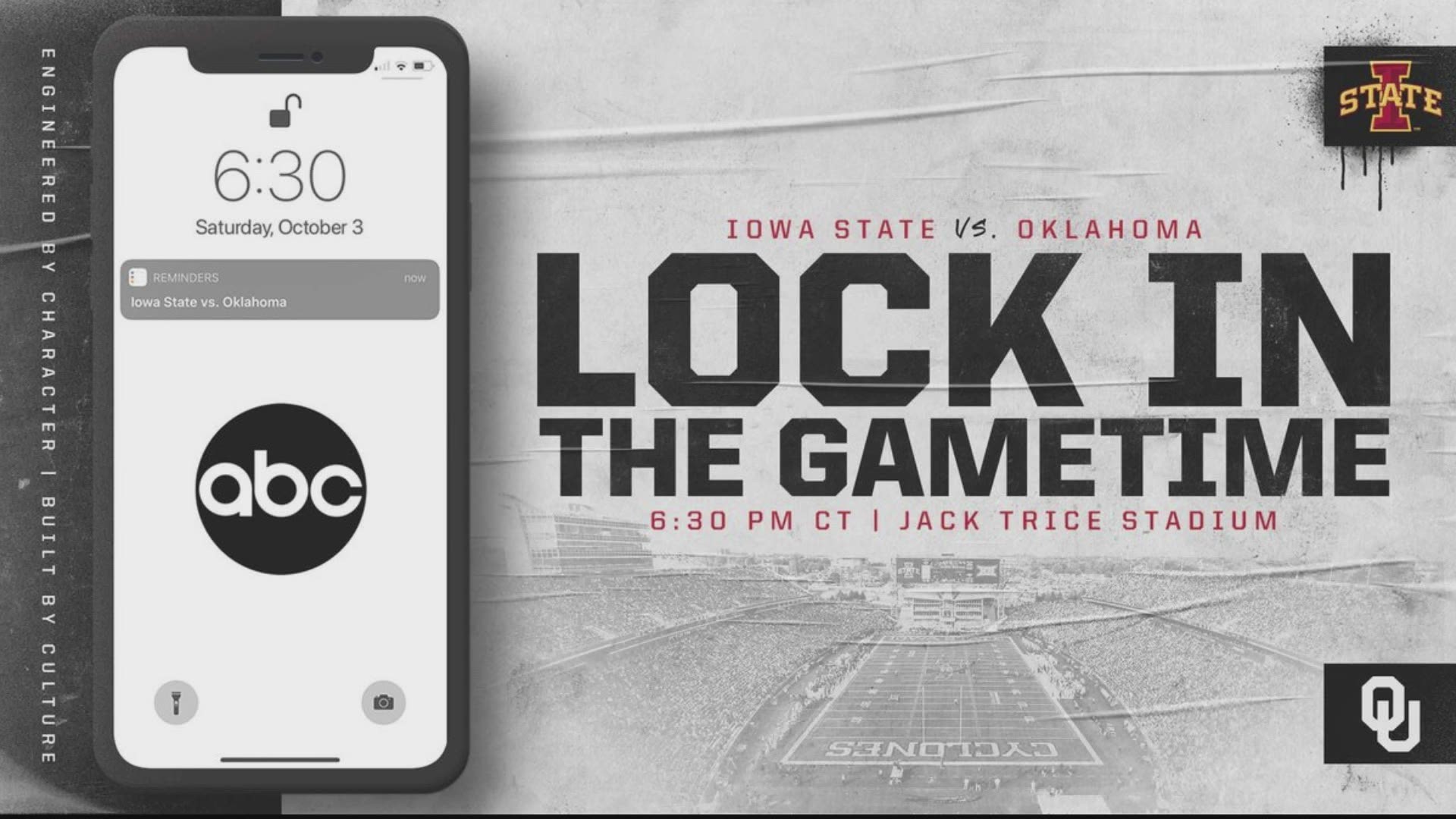 AMES, Iowa — The Iowa State Cyclones opened up Big 12 play with a 37-34 win over TCU Saturday, with perhaps the biggest opponent of the entire season coming into town this coming weekend.

Iowa State will kick off against No. 18 Oklahoma at 6:30 p.m. Saturday, which can be viewed right here on Local 5.

Sophomore running back Breece Hall is coming off a 155-year, 3 TD performance against TCU on Saturday.  Hall had success as a freshman against the Sooners last season when he ran for 110 yards and a score, so he should be a focal point going into Saturday's game.

The matchup has brought some exciting games in recent years, with the Cyclones just barely losing in Norman 42-41 a season ago.  Each of the last four games between the two programs have been decided by 10 points or less.

The all-time series between these conference foes is very lop-sided, as ISU has a record of 7-74-1 against the Sooners.  Oklahoma has won nine of their last ten meetings with Iowa State.

Iowa State's lone win against Oklahoma in the last ten years came on the road in 2017, when the then-unranked Cyclones took down the third-ranked Sooners in Norman 37-27.