Pella Dutch embrace the target they enter the 2021 season with

Pella hasn't won a state title since 2016, but they're a perennial power, and one that gets every opponent's best shot. 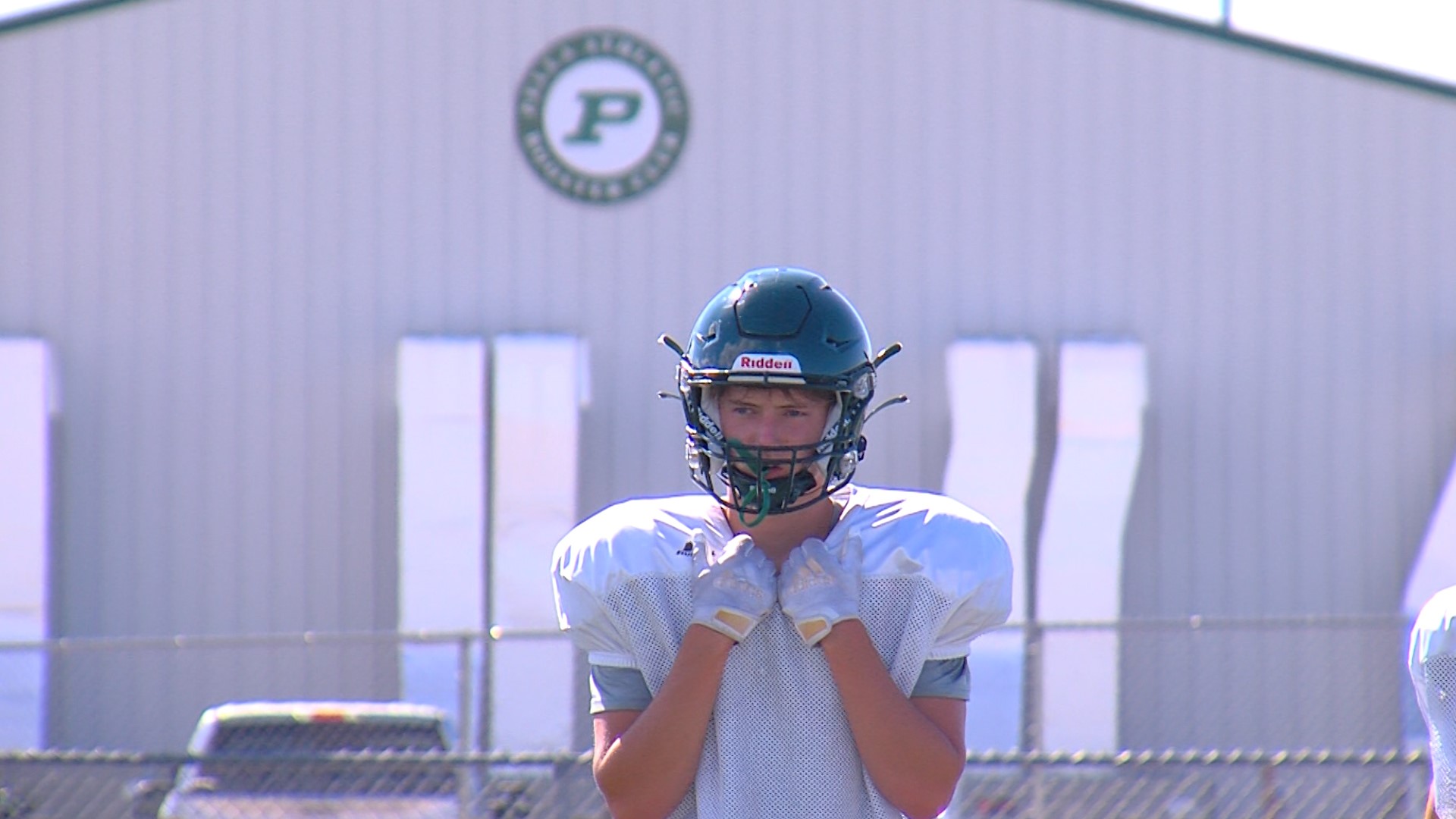 PELLA, Iowa — Pella head coach Jay McKinstrey isn't wrong when he says every high school team in the state is ready for the season to start.

That includes his own guys who are itching to hit someone not wearing the green and white.

Another year, and another target sitting on the back of the Dutch.

“Pretty much every school doesn’t like you which is just awesome to me, I really think it’s great just having that title is all it takes to make guys mad at you and you can punch them in the mouth right back and I really love that,” senior Nolan Clayberg added.

Pella has always been a team to beat, but the three state titles that came from 2014 to 2016 have left a lasting impression, even on the current seniors who were just in middle school when the three-peat happened.

“Guys like Noah Clayberg, Nathan Henry and Holterhaus and everyone ... and we kind of all looked up to those guys and we wanted to be just like them in high school,” Rowe said.

They still have a chance to deliver their own state title, just like the guys they looked up to. To do that, it has to start on defense, and replacing a guy like Kody Huisman.

“I mean he, play after play after play, he really brought an energy, he got after it he took over a game for us and he dominated a lot of football games,” said McKinstrey.

Coach wants that same energy this year, but it may come from more than one source. Players like Preston Rowe and Nolan Clayberg are ready to step up.

“I want to be a more vocal player, I think that it would be best for our defense considering I’ve been on it three years,” Clayberg said.

That’s what it’s going to take for the Dutch, a team effort, if they want to get back to winning titles.

“It has been a while since we have gotten that far in it but I mean these guys are just as psyched up as the 14-15 guys I imagine,” Clayberg said.

Rowe followed, “At the end of the year only one group of seniors is going to finish on a win and we want to be that group.”