Why is there a new speed camera along Grand Avenue in Des Moines?

A Local 5 viewer asked us to look into if the speed cameras are put in areas where there are more minorities. Here's what we found. 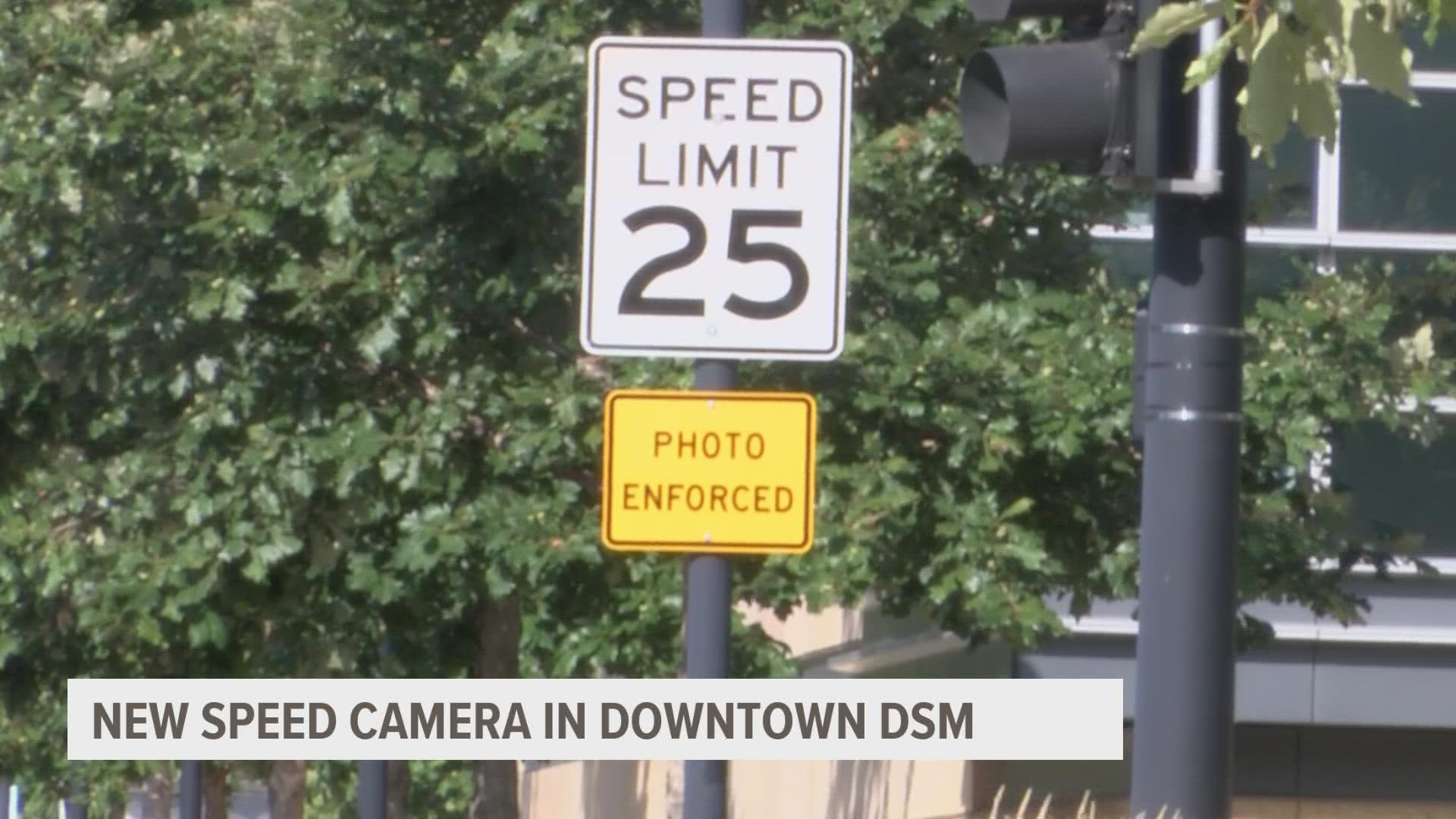 DES MOINES, Iowa — The City of Des Moines says it placed a brand new speed camera along Grand Avenue near 14th Street in an effort to reduce speeding in the area.

Des Moines Councilman Josh Mandelbaum said it was also placed there to stop people from racing cars, or "scooping the loop."

"When we were looking at the issue, we had a car clock at 63 miles an hour on this stretch of road," Mandelbaum said.

The speed limit of that road? 25 miles an hour.

The camera was placed there earlier this month. So far, it has only issued warnings, but that will end on Sept. 4.

Businesses around the area told Local 5's Lakyn McGee that there have been too many accidents in the area, so they're supportive of it.

A viewer asked us to look into if the speed cameras are put in areas where there are more minorities.

"That's a silly statement," said Lisa Jackson, who is Black and lives in the area. "I think that sounds ridiculous. [The cameras] are everywhere."

According to the U.S. Census Bureau, 75.8% of Des Moines's population is white. The bureau's website doesn't break down where everyone lives by race.

There are four different speed cameras including the new one in Des Moines. There are also five red light cameras scattered throughout the city.