One of the most devastating casualties of the pandemic happened among meatpacking facilities in Iowa. 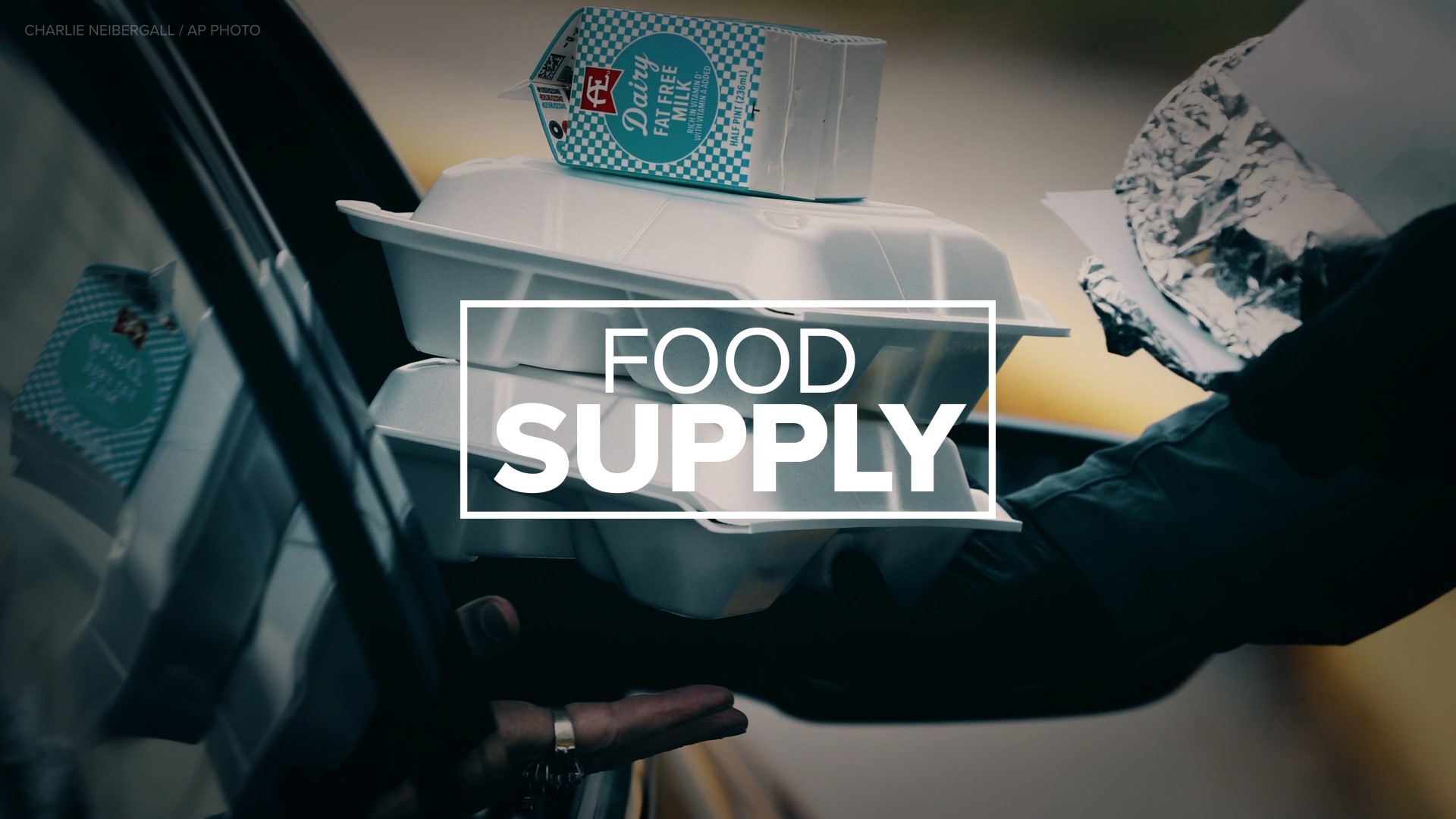 IOWA, USA — The nation's eyes turned to Iowa at the start of the pandemic when thousands of meatpacking workers contracted COVID-19, threatening the food supply of millions.

These plants were the source of community spread in many Iowa communities, and ultimately became one of the most devastating casualties of the pandemic.

Meatpackers still went to work, knowing transmission was happening, out of fear they'd get fired.

Companies continue to play defense over accusations that they put profits over the safety of their employees.

Local 5 is taking a closer look at the meatpacking industry during the pandemic and the unsung heroes who have made a difference.

Local leaders blamed plants for the high community spread in their areas last spring and families of those who worked in the plants spent their days terrified their loved ones would get sick because health safety protocols weren't being closely followed.

"There was clearly more that could and should have been done," Black Hawk County Sheriff Tony Thompson said during an April 16, 2020 press briefing. "Today, our entire countywide healthcare delivery and virus response system is paying the price for those lapses in protocol."

Some of the essential workers at meatpacking plants gave their lives to keep America's store shelves stocked and food on their own tables.

"He was very fearful because they would say, 'If you don't come then you're going to lose your job,'" Maria Andrade said last May.

Andrade lost her dad to COVID-19. She said her dad got sick while working at a meatpacking plant in Marshalltown.

"I just wish that I would have asked him to stop going to work earlier and maybe that would have helped him," Andrade said during that same interview.

Meat processing is an industry well known in Iowa, but before the pandemic, it wasn't well known around the nation.

That has since changed, as these workers proved to be among the most essential early on.

Several plants in the state did end up temporarily halting production to deep clean and test employees, but many in those areas felt companies didn't do that soon enough.

Behind every death, there is a grieving family trying to understand why.

However, families of meatpackers who died of COVID-19 believe they know exactly what happened and blame supervisors and companies for not trying to prevent it.

The family of Isidro Fernandez filed a wrongful death lawsuit last year claiming Tyson made a huge profit while workers got sick and died from COVID-19.

Fernandez was among them. He worked at the Tyson plant in Waterloo and died last April.

The 34-paged lawsuit alleges supervisors and managers at the facility placed bets on how many employees would test positive. At least a third of their workforce did.

As more and more workers showed signs of the virus, management at the plant allegedly started showing up to work less and less. They offered "thank you bonuses" of $500 to employees who came to work every day for three months.

"It shows intent, and it shows a lack of regard for people," Rep. Ras Smith, D-Waterloo, said. "The company cares about telling them when to show up to work, where to pick up their paychecks, what time they need to be there, but they didn't care enough to give them accurate information about the severity of COVID."

Smith said the lawsuit reflects a culture he wants to fix.

"For me, as you know, typical as it sounds, it was personal," Smith said. "I received a text message from a cousin who works at Tyson saying, 'I couldn't believe they didn't tell me.'"

The state of Iowa deemed these facilities as essential because they were feeding the entire country.

According to court documents, Tyson increased its exports to China by 600% in the first quarter of 2020.

"The fact that they've profited more this year than they've ever had before, right? Record profits are the pandemic, but also [a] record number of employee deaths, right?" Smith said.

This year, the U.S. House Democrats opened an investigation into OSHA and meatpacking plants over the COVID-19 outbreaks. They're looking into if federal leaders and the companies failed to protect workers at the plants.

Meatpacking outbreaks, by the numbers

Kevin and Lisa Rasmussen are Iowa hog farmers. They raise pigs for Iowa Select and then take them to nearby packing plants for slaughter. They've been doing it for years.

When the pandemic hit, Kevin was worried about their future.

He had been on conference calls with leaders in the pork-producing industry who feared packing plants would be shut down by the virus.

That fear turned into reality in April and May, when hundreds of Iowa workers began to get sick.

Kevin and Lisa were told they may have to slow the growth of their hogs in order to prevent euthanizing them because plants weren't tacking any more animals.

"That's just devastating for a pork producer," Kevin said. "We chose this profession to feed the world and to euthanize pigs is just not in our vocabulary."

Though they never reached that point, they experienced the emotional rollercoaster of the threat to their livelihoods throughout the spring and summer.

It wasn't until Kevin's first load of hogs was on the truck did he begin to relax.

Thousands of hogs ended up being euthanized during the height of the packing plant closures. While that isn't good news, the totals ended up being much lower than the original estimates.

Alejandro Ortiz is the son of parents who work at an Iowa meatpacking plant.

After listening to the horror stories of what was happening inside the plants during the spring of 2020, Ortiz changed career paths and took on the role of a community organizer and activist for the packing plant workers.

Download the We Are Iowa app or subscribe to Local 5's "5 Things to Know" email newsletter for the latest local news.