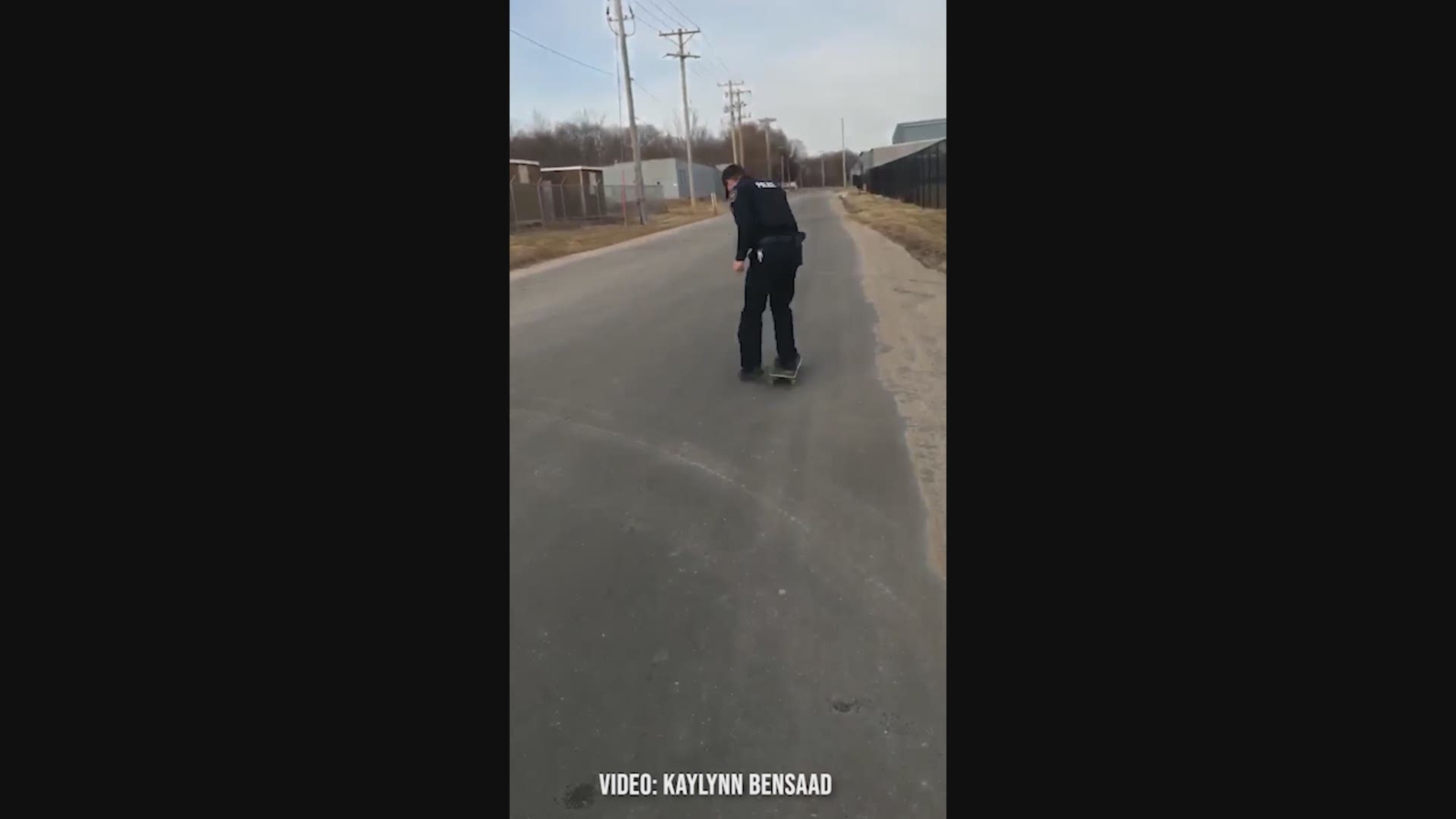 CEDAR RAPIDS, Iowa — Who said that being on patrol as a cop isn't fun?

An officer from the Cedar Rapids Police Department decided to show off his skateboarding skills Sunday after a group of teenagers let him borrow their skateboard.

The videos show him attempting multiple tricks, which he completes with ... moderate success.

"He ended up laughing with us, skating around and attempting some, not half bad, kick flips," Kaylynn Bensaad wrote on Facebook. "We are so glad this officer on patrol didn't make the assumption most officers would seeing a group of grungy looking teenagers..."

RELATED: Cat recovering from burns heads to new foster family, and she's as playful as ever