Iowa DCI: Deputy fired one round after suspect in Eagle Grove attempted to escape in squad car 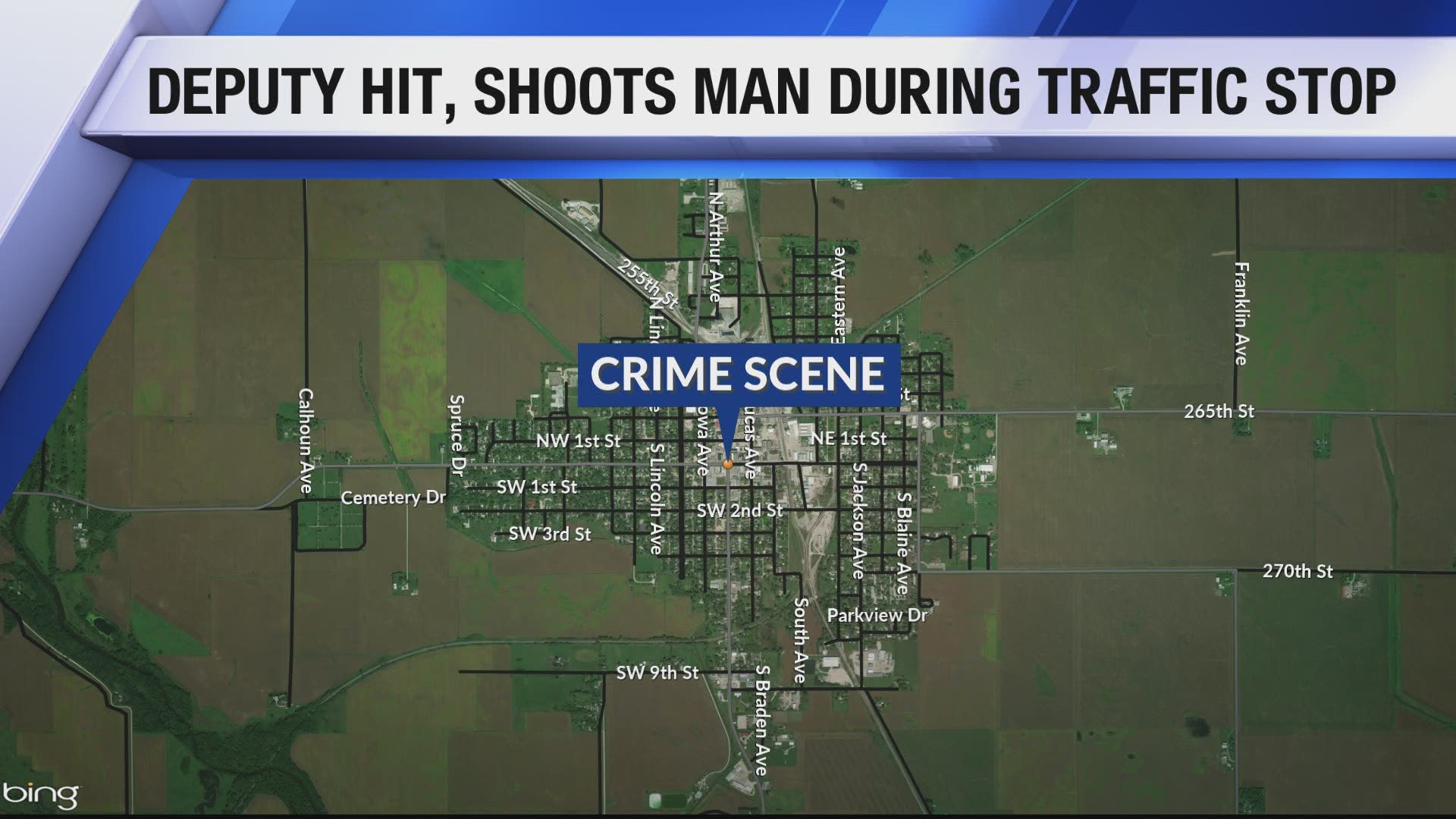 EAGLE GROVE, Iowa — A man arrested in Wright County attempted to escape a squad car, with a deputy firing at him, according to the Iowa Division of Criminal Investigation.

31-year-old Sean McMillan of Fort Dodge was stopped on Hwy 17 at 10th St NW, according to DCI, after a deputy "believed the vehicle was the suspect vehicle from a disturbance in Goldfield."

McMillan was suspected of driving while barred and was being a felon in possession of a firearm. He was placed under arrested and placed in the front seat of the squad car.

A release states that McMillan then jumped the console of the car, drove at and hit a deputy that was attending to a passenger in McMillan's vehicle.

DCI says the officer fired one round.

McMillan abandoned the vehicle and fled on foot, but was later arrested.

The deputy was transported to a hospital for treatment and has since been released.

Below is the message the Eagle Grove Community School District sent to parents Wednesday afternoon:

The Eagle Grove Police Department requested that all schools be placed on lockdown as they respond to a situation in town. No students will be released until the police department says it is ok, and buses will not run until that time either.