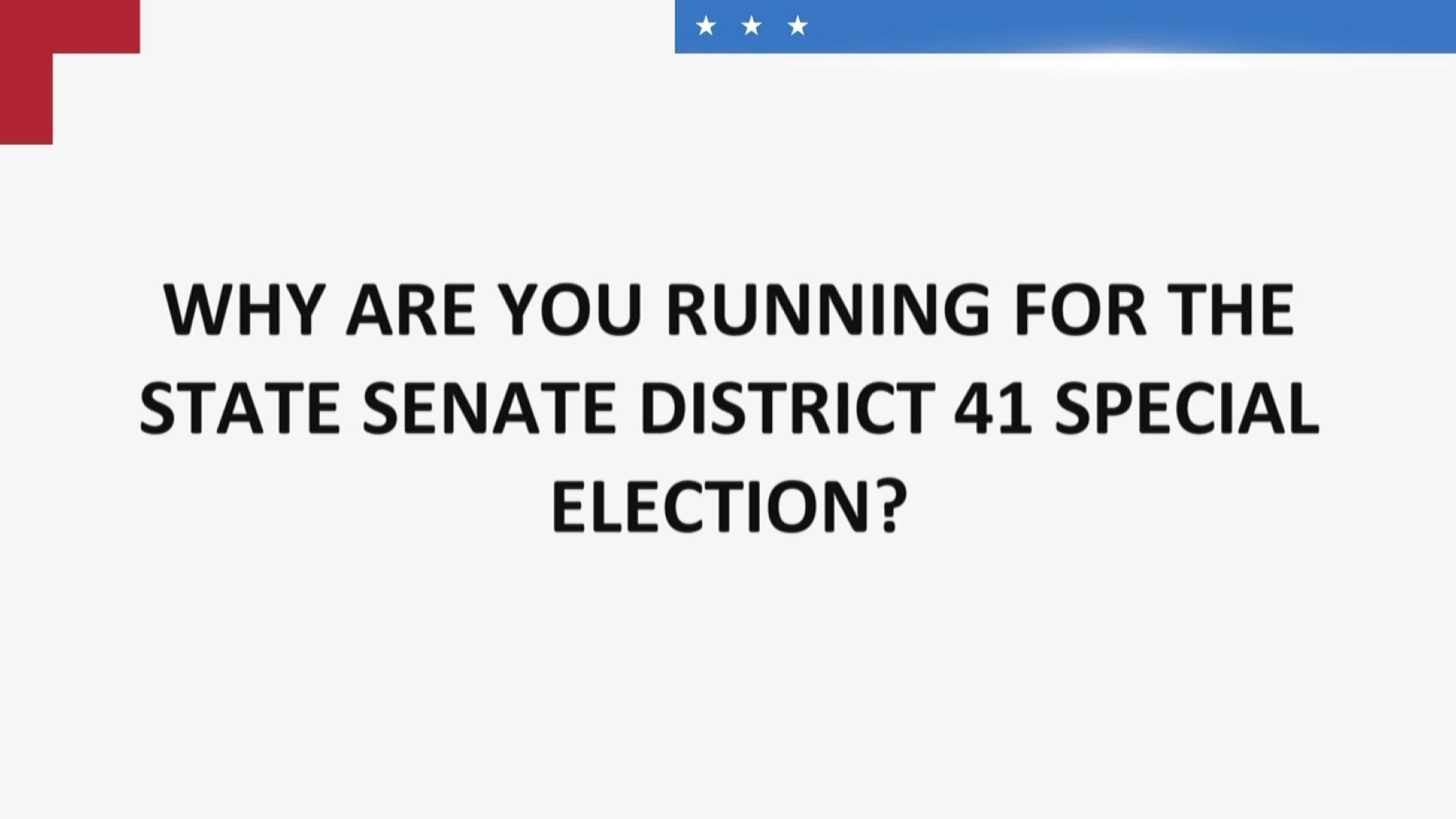 Republicans chose Adrian Dickey, a volunteer firefighter and businessman, to run against Democrat Mary Stewart in the race.

Dickey told Local 5 he has priorities should he win the seat.

"First thing is lower taxes. We look at our property tax and income tax and corporate tax, and it's just set too high," said Dickey.

The Republican further explained he's a core conservative who's pro-life, and come January 26, he wants your vote.

"I hope the voters turn out to vote. I'd love to have their support. I believe I'll be a voice for them and for volunteer law enforcement, volunteer firefighters, and volunteer EMS responders," Dickey said.

"They've not had a strong voice up at the capitol for them in the past. I'd like to be that voice for them," he said.