With supply low and demand high, members of an Ankeny congregation are working together to get vaccine appointments scheduled quickly. 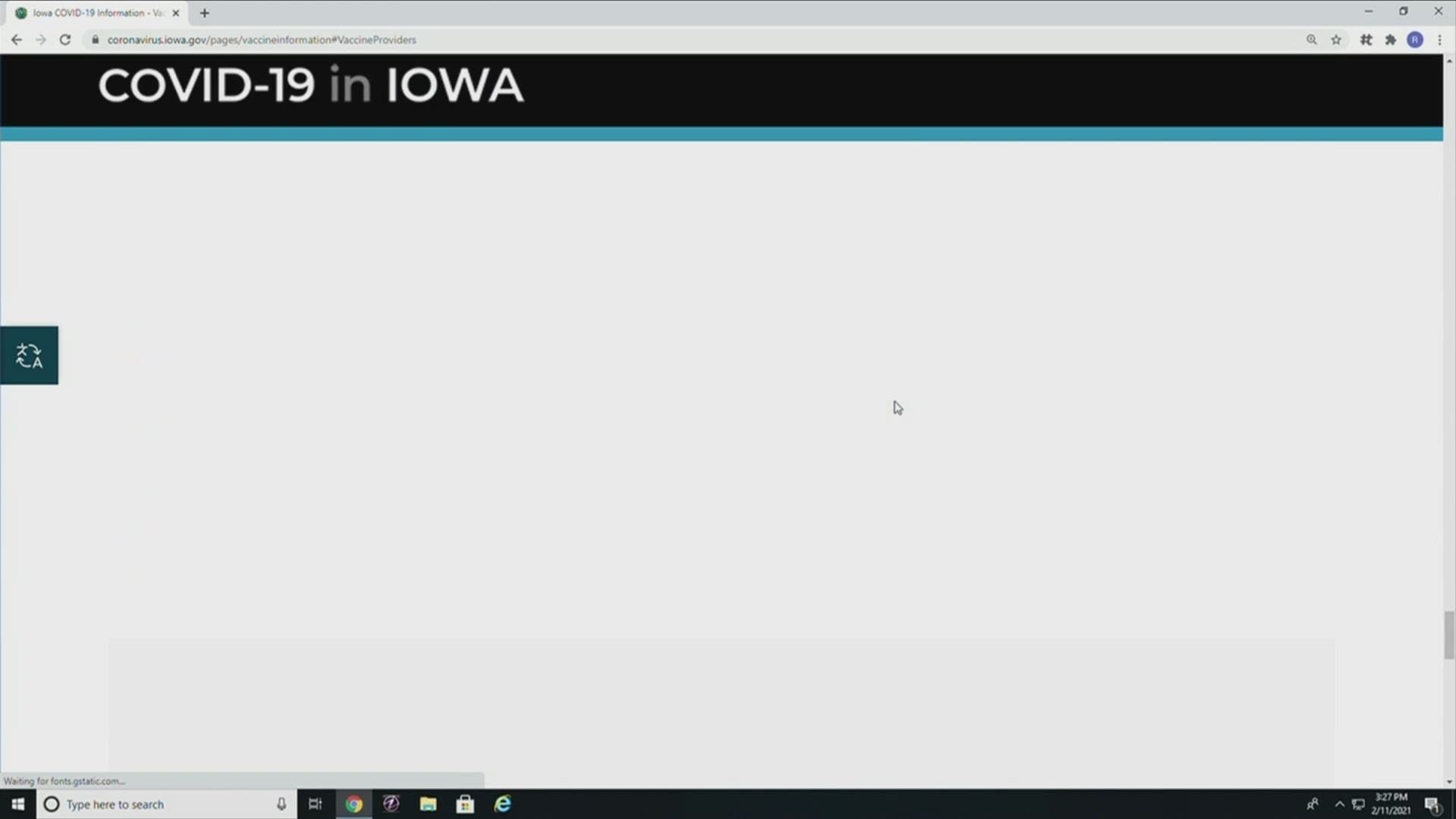 ANKENY, Iowa — When Kyle Luttgeharm and his wife qualified to get the COVID-19 vaccine because of their jobs, they began the process of finding an appointment.

More than 500,000 Iowans are competing for a small number of doses in a non-centralized system. Some don't have access to the internet or the expertise to navigate numerous websites, surveys and forms necessary to land a coveted appointment.

After Luttgeharm and his wife were finally able to find an appointment, he quickly realized others wouldn't be as lucky.

"That system where it's really dependent on how fast you can type and how well you can navigate the online environment is directly proportional to your ability to successfully get that vaccine appointment," Luttgeharm said. "And there is a significant number of seniors that don't type that fast and have trouble navigating those forms."

The Luttgeharm family attends Ankeny First United Methodist Church.  After Kyle's negative experience booking a vaccine appointment, he sent out an email to the Sunday school class, offering his services to others.

He got several emails within minutes and was able to confirm appointments.

Then, he took his idea to his Wednesday Bible study group of other fathers in the church. He asked for their help, and soon, Luttgeharm informed Pastor Mike Janes the group was ready to take on more individuals who needed help.

"When someone like that brings an idea to me that solves problems, it's like, 'Yes,'" Janes said. "So we sent out some information to our congregation, telling them about it."

Elder Iowans can call the church at 515-964-4249, provide their information, and Luttgeharm's team of dads will work to book an appointment. Janes said fellow church-goers will even check in on those who got an appointment to monitor any side effects.

"We can recruit more people too, and we have a growing number of people to do this," Janes added. "That population really needs help, so if people call us, we'll answer."

Luttgeharm has been able to land vaccine appointments this week for everyone who has called him. He has two computer screens to monitor several different websites.

"It's more just what you should do, it's the little things," Luttgeharm said. "It's just how we should be acting as a community in protecting everyone, from the most vulnerable down to our children. It's just the right thing to do."